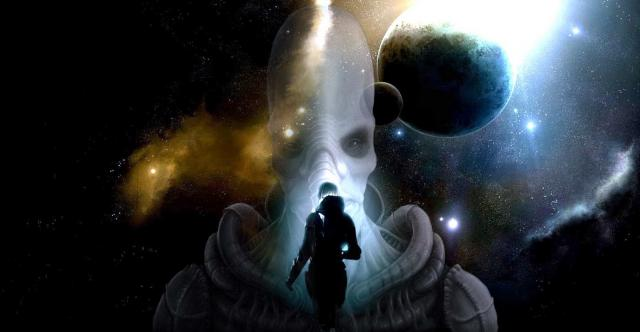 The Gnostics were adherent to an ancient mystical faith that suffered intense persecution at the hands of the ancient Christians, who believed that belief was heresy. Today, Gnosticism is best known for its assimilation to certain Christian scriptures, most notably the Gospel of John and the Book of Revelations. However, most of the primary information related to this religious sect was lost and destroyed throughout the year. But in December 1947, the discovery of a secret bank of primary sources related to this influential faith was made in Egypt, and in an intriguing way these ancient texts may contain crucial information about the UFO phenomenon.

Could an ancient religious faith contain the key to the extraterrestrial phenomenon?

The Gnostics put an enormous emphasis on changing their psychological state in order to achieve perfection and connection with the whole Cosmos. The ancient texts suggest that adherents to that religion used various methods to communicate with the universe, including psychoactive plants, yoga and sexual rituals. In communion with the universe, the Gnostic Seers developed a system of theological beliefs centered on the goddess Sofia, the origin of divine wisdom. In addition, they also believed that inorganic alien beings were present in the solar system and had a central role in determining the course of human civilization. According to ancient agnostic texts, these aliens are considerably older than the human race. In fact, they pre-date the existence of the solar system itself. These aliens, to whom the agnostics referred to as the Archons, would be inhabiting this solar system, but were not able to really penetrate the earth. However, despite the fact that they cannot physically manifest themselves on this planet, they are still able to have an impact on the behavior of humans. It is said that Archons are a race of incredibly powerful aliens, which can affect human beings in mass, with subliminal messages that can alter our consciousness. According to the agnostics, it was this subliminal conditioning that led to the creation of all the great ideologies on Earth, including religious doctrines. Agnostic texts focus primarily on archons when they refer to extraterrestrial beings, but they also make it clear that they are aware of a wide range of other alien and dimensional beings that exist throughout the universe. Most of these beings were considered, or benevolent, or wholly indifferent to humanity, but the Archons were considered particularly hostile. Perhaps, more intriguing than anything, these obscure Gnostic texts adhere in a very frightening way to folklore and knowledge about extraterrestrial life in the 21st century. The agnostics have identified two types of hostile alien beings. One was referred to as a neonata or embryonic form, whose house description almost perfectly with the alien race of the tall Grays. There is also another reference in the texts for forms of draconian or reptilian aliens, which seem to marry the contemporary accounts of the reptilian race of aliens. Could this strange comparison suggest that these ancient texts are the key to opening up the extraterrestrial mysteries? Source)

Five wrong conceptions about extraterrestrial life, according to science
Astronomers discover 12 new moons of Jupiter
NASA will land on Mars Plain where UFO researchers found ' city ' and ' UFO ' ru...
Tapestry of the Middle Ages can help discover the planet Nine
Trump wants NASA to search for aliens – funding needs to be approved in Congress
Scientists have discovered how and when the sun will die, and it will be something epic!
This asteroid should not be where astronomers found it.
Ancestral stars can harbor advanced civilizations, says astronomer
Amazing image shows the center of the Milky Way
Largest wave in the southern hemisphere is registered in New Zealand
The real reason why North Korea has ceased its nuclear tests
Reptilians are being blamed for trying to start the Third World War