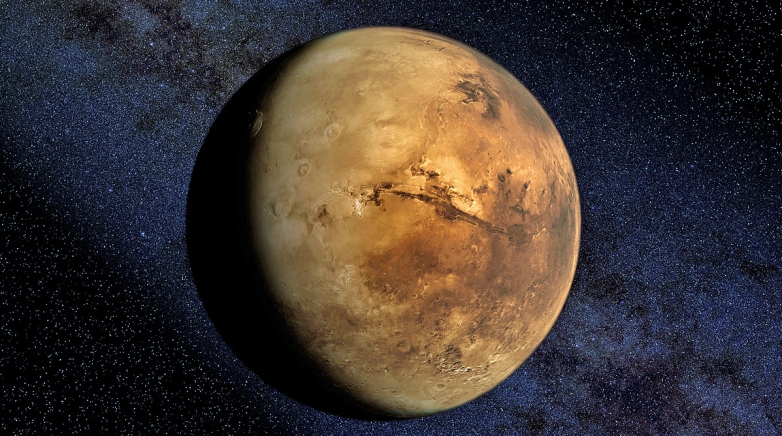 We could have sent people to Mars decades ago. The technology that led us to the moon and back when I was just a child-this technology can lead us to Mars.

Hadfield was referring to the famous mission Apollo 11: It was the space flight that landed the first two people on the moon. Neil Armstrong and Buzz Aldrin landed on the moon on July 20, 1969 – and Hadfield is convinced that the same spacecraft technology could put us on Mars. The problem, according to Hadfield, is that these classic spacecraft would take a long time to get to Mars. This represents many risks, particularly diseases caused by the difficult environments in space. He explained:

Most of the astronauts we sent on these missions could not. They would die. Mars is farther away than most people think.

Hadfield is not wrong: there is an immense distance between Earth and Mars, with the red Planet about 600 times farther from us than the moon. The situation becomes more complicated by the fact that the distance is constantly changing as the two planets revolve around the sun. The closest that Earth and Mars can be is a distance of 59 million miles – or 9,800 times more than the trip between London and New York. A more useful distance is the average interval, which is even higher, at 225 million miles. The launch of a ship to Mars so far took a long time – from 128 to 333 days. This is an incredible time to be aboard a tight ship, particularly so far from Earth – where the opportunity to launch rescue missions is almost impossible. Astronauts who spend a lot of time in space face significant risks. One is the threat of deep space radiation, which can cause cancer due to prolonged exposure. And a 2016 study published in the journal Nature found that astronauts who spend a lot of time in space have a much greater risk of suffering lethal heart disease. Hadfield compared the feat of putting humans on Mars to the Portuguese explorer Ferdinand Magellan, famous for circumnavigate the world between 1519 and 1522. Hadfield explained:

Magellan, when he left in 1519, they departed with five ships and 250 people to try to travel around the world once, and almost everyone died. They only came back with 15 or 18 people and one of the five ships.

He said the current space travel mechanisms of "flaming chemical rockets" are the "equivalent of using a sailboat or a boat to try to travel the world." There are many space companies that promise to offer trips to Mars in the near future, but Hadfield is skeptical that using them to put people on Mars is a good idea. These ships include Nasa's Space Launch System, SpaceX's Big Falcon rocket (idealized by Elon Musk technology billionaire) and Blue Origin's New Glenn rocket (funded by Amazon founder Jeff Bezos). He said:

My guess is that we will never go to Mars with the engines that exist in any of these three rockets, unless we really have to do it. I don't think these are practical ways to send people to Mars because they are dangerous and take too long, and it exposes us to a risk for a long time. Someone has to invent something we haven't thought of yet.

Seismic swarm in the Canary Islands can cause tsunami in Brazil?
History confirms encounters between real giants and explorers
UFOs, meditation and an emerging world
The crust of Mars stiffened quickly, increasing the possibility of life
Scientists discover Ocean ' ' 3 times larger than all of the surface ' ' below t...
Huge furry carcass appears on beach of the Philippines
American soldier claims to have killed giant in Afghanistan
Blood Moon, July 2018: Sign of the end of the world?
Strange UFO filmed in Bolivia supposedly came from the deep web
Human genetic code was created by ancient aliens and signed with the number 37
Laser signals are detected in the Nebula Center
Something exploded in space and scientists don't know what it was