According to a new study published in the scientific journal Physical Review D, when two wormholes collide, ripples in space-time are created. Future instruments could detect these gravitational "echoes", providing evidence that this hypothetical collision through space-time actually exists.

Recently, the gravitational Wave Observatory by Interferometer Laser (I turn on) detected ripples in space-time, called gravitational waves, a breakthrough that led to the Nobel Prize in 2017. Scientists believe that these waves come from the fusion of black holes. However, although detection actually supports the existence of black holes, these exotic objects still present theoretical problems. For example, they seem to be inconsistent with the laws of quantum mechanics. This is because one of the main features of the black hole is its "event horizon", a region of space-time beyond which nothing can escape, not even light. So if we throw something into a black hole, that thing is lost forever.

Stephen Hawking discovered that, thanks to a phenomenon known as quantum tunneling, black holes can actually produce a little bit of radiation, something that became known as "Hawking radiation." But what comes out of this black hole is random. The radiation contains no clues as to what entered it. In quantum mechanics, if you know all about a particular system, you should be able to describe your past and your future. A horizon of events that we know nothing about, so it doesn't match quantum mechanics. 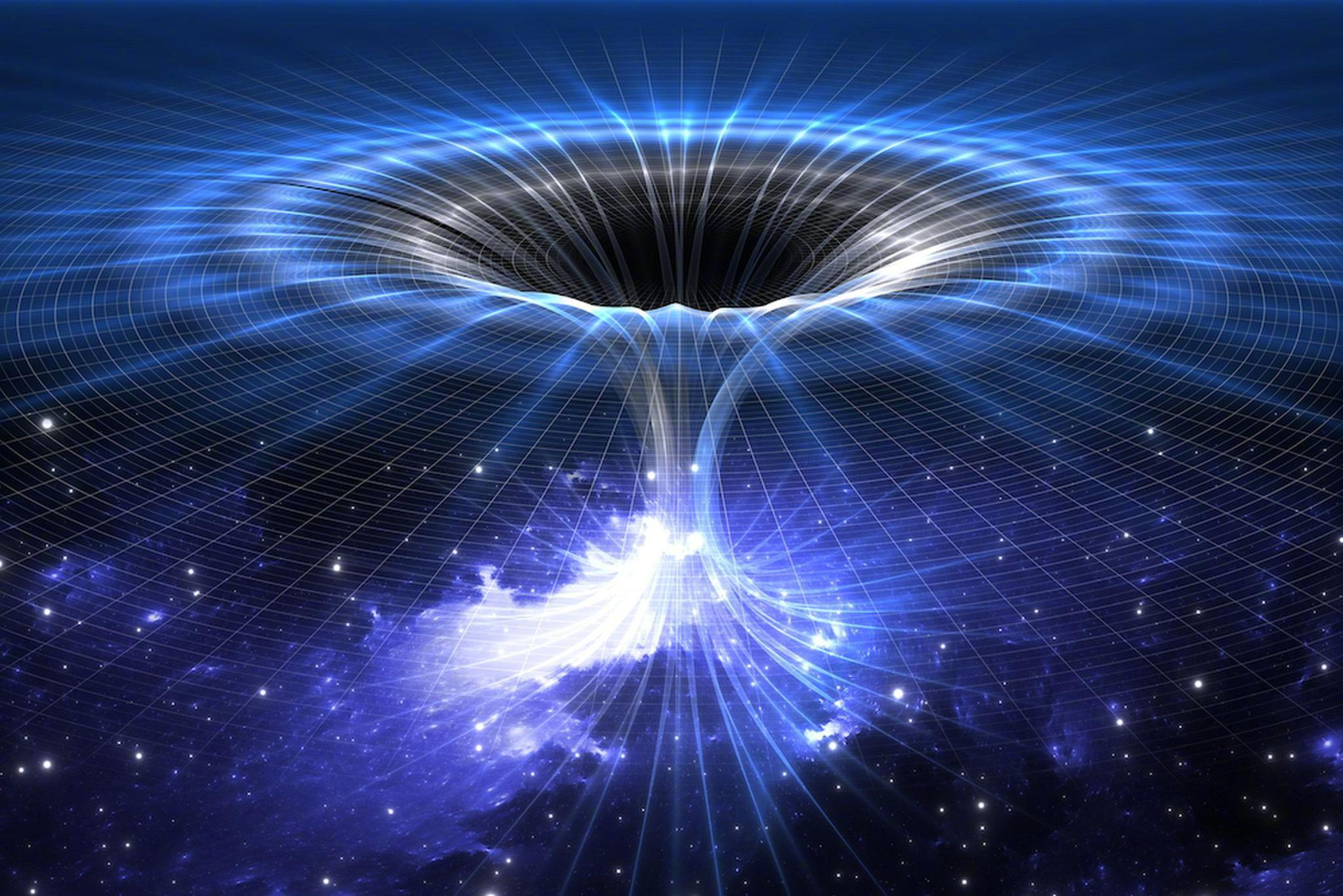 To solve this paradox of information about black holes, some physicists have already suggested that the horizons of events do not exist. Instead of chasms of which nothing can return, black holes can actually be speculative objects that have no horizons of events, such as boson stars or wormholes – the latter were first theorized by physicists Albert Einstein and Nathan Rosen decades ago.

In the new study, physicists from Belgium and Spain raised the hypothesis that if two wormholes collided, they would produce gravitational waves very similar to those generated by the fusion of black holes. The only difference in the signal would be in the last phase of the merger, called "Ringdown", when the black hole or recém-combinados wormholes relax in its final state. As wormholes do not have event horizons, the gravitational waves that hit these objects could be recovered, producing an echo during the Ringdown. "The interior of the object is a kind of cavity where gravitational waves are reflected. The production of gravitational echoes is not very different from common sound echoes in a valley, "explained the researchers to the portal Live Science. The problem is that as the strength of this signal falls during the ringdown, it is too weak for the current setting of the turn to detect. But this can change in the future, as scientists continue to update and adjust the instrument.

Currently, wormholes are less scientific facts and more science fiction. They are often described in films and books as Species of "intergalactic highways". For wormholes to really be traversable, however, we would probably need some unknown exotic matter to keep them open. So they have been considered highly hypothetical. On the other hand, the repercussions of a true detection of gravitational echoes potentially coming from wormholes would be dramatic for physics. Given that an experimental test will indeed be available soon, researchers in the new study believe that it is worth exploring this proposition better. "Now it's time to take seriously the possibility that there are other objects that can be as massive and compact as black holes," said Vitor Cardoso, physicist at the University of Lisbon in Portugal, who has studied wormholes, but has not participated in the New study. "This is one of the most exciting things we can do with gravitational waves." LiveScience

The Enigma of the planet Nine, the new member of the Solar system that no one has ever seen
Brazilian physicists reveal new discernments about force that pushes and repels objects
How would humanity react if we actually found aliens?
Scientists want to convert asteroids into spaceships – the ETs seem to be already in front
Strange lights in the sky cause panic in Russia
Tapestry of the Middle Ages can help discover the planet Nine
Reptilians are being blamed for trying to start the Third World War
Amazing image shows the center of the Milky Way
Hawaii volcano may be ready to explode, scientists say
Study suggests that aliens could be moving stars
Trump talks openly about creating space force: Is the disclosure of the secret space program near?
The scale of the river to determine the importance of a possible alien signal