The second blood moon (lunar eclipse of 2018) will dazzle astronomers next month on July 27th. The full moon of July will be red during the eclipse due to sunlight scattered throughout the atmosphere, but the religious conspiracy theorists believe the event is much more meaningful. During the "Super Blue Blood Moon" of January 31, six months ago, some religious and conspiracy theorists were urged to be previewed for the end of the world. At the time, Joel's biblical book was presented as evidence that the moon turning into ' blood ' is an apocalyptic sign. 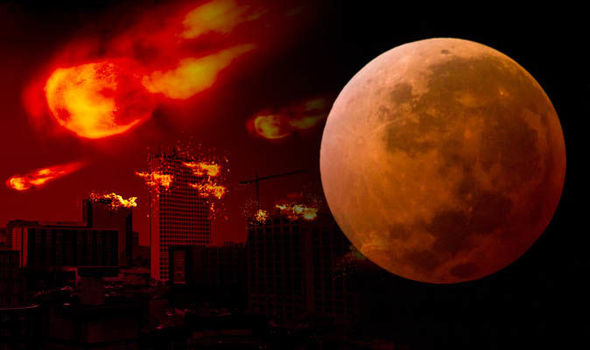 Pastor Paul Begley, a popular conspiracy, declared that the final days were upon us. He said:

The idea that the blood moon in some way signals the end of the world is linked to the free interpretations of Biblical scripture. According to space scientists Bruce McClure and Deborah Byrd of EarthSky.org, the blood moon Prophecy can be traced back to Christian pastors, Mark Blitz and John Hagee in 2013. Astronomers wrote:

From what we could gather, two Christian shepherds, Mark Blitz and John Hagee, used the term blood moon to apply to the full moons of the tetrad of 2014-2015. John Hagee seems to have popularized the term in his book of 2013, Four Blood Moons: Something is about to Change. (Four moons of blood: Something is about to change). Mark Blitz and John Hagee spoke of the lunar tetrad of 2014-2015 as representing the fulfillment of biblical prophecy. After all, the moon should be red before the end of time, right? As described in Joel 2:31: "The sun is to become dark and the moon in blood, before the great and terrible day of the Lord."

Other Conspiracionistas, however, argue that the blood moon was foretold by the book of revelations that talks about big earthquakes, the sun darkening and the moon "becoming like Blood". But there is no reason to worry about any of these allegations of the end of the world, because the full moon will not really stay red on July 27th. The moon will only appear to change its tonality on earth during the eclipse, but in space the moon will remain gray. The change in color happens due to an effect known as Rayleigh spreading. When the moon plunges into the shadow of the Earth during the eclipse, some sunlight still reaches the moon. However, the sunlight would bend and spread through the Earth's atmosphere, filtering out the green and violet stripes of the visible spectrum. The effect, which turns the sunset into orange and the sky into blue, will make the moon look red. Source

In short, don't run to the caves yet. When something catastrophic happens on our planet, it will be a surprise. These things never have an appointment.

Geologists on alert: Geyser in Yellowstone Park erupt again
Laser signals are detected in the Nebula Center
We live in a virtual reality-physical explains why
The crust of Mars stiffened quickly, increasing the possibility of life
Sky turns red as blood in the Middle East, awakening fears of the apocalypse
Beautiful Crescent moon meets Venus, Mercury and Regulus tonight
Something exploded in space and scientists don't know what it was
United Kingdom heads off and says they have released their last 3 UFO/UFO files. See why
Seismic swarm in the Canary Islands can cause tsunami in Brazil?
Israel will launch its first ship to the moon
Is there extraterrestrial life on Earth?
Strange UFO filmed in Bolivia supposedly came from the deep web