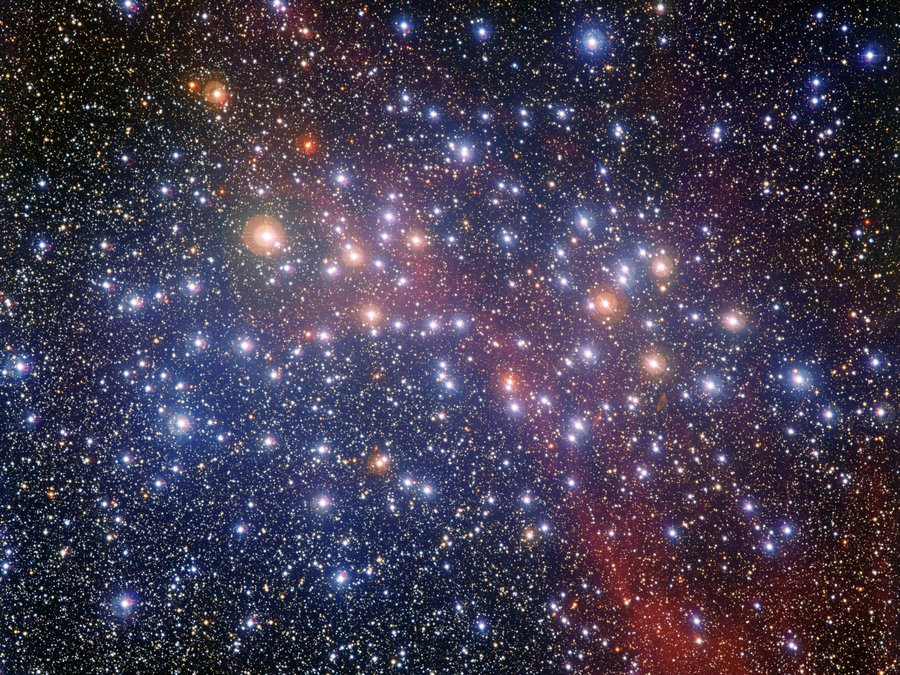 If we can find a star in each direction of the sky that we point to, then why is the night dark? Have you ever heard of the paradox of Olbers, also known as the Dark Night paradox? He was first described by German astronomer Heinrich Wilhelm Olbers in 1826, and asks the following question: "If the universe is filled with stars (in any direction we point) then why is the night sky not as clear as the sun?" Sounds like a simple, harmless question… But his answer contradicted the assertion that the universe would be infinite and static, after all, the darkness of the night sky is one of the proofs that the universe is dynamic. And believe me if you can: the simple darkness of the night is one of the evidences of the Big Bang itself. Understand… The expansion of the universe if the universe were static, populated by an enormous amount of stars divided in a homogeneous way, any point in the sky should have a visible star. Therefore, the night sky should be as clear as our sun, as shown in the animation below:

The paradox of Olbers in action. Credits: Kmarinas86/Wikimedia Commons

Just look at the night sky to know that this is not reality. And this is mainly due to the fact that the universe is in continuous expansion. It is worth remembering that all the stars that we see in the night sky, without exception, are contained in our own galaxy, the Milky Way. Other diffuse light points that we see are nebulae (also within the Milky Way) and galaxies, which have their own grouping of stars. Millions of them… Although space seems to have no limits, the universe we know has an end, and a beginning. And not just a space boundary, as well as temporal. As far as we know, the universe had its start with the Big Bang, about 13.7 billion years ago. And the light of most of the stars (and their galaxies) did not have enough time to reach us. It's as if we were observing a lightning storm, and we were waiting for the sound of the thunder that hasn't arrived yet. When we point to a super-potent telescope for a region far away from the universe, we're observing the past. For example, if you look at a distance of 13.5 billion light years, you're looking at the beginning of the universe, and you don't see stars, because they haven't had enough time to graduate. But wait a minute! There is something wrong, after all, if we count only on the galaxies we know in the observable universe (and recent studies show that their number reaches 2 trillion) we should see the brightness of a star at any point in the sky. And why doesn't that happen? First of all, because we don't have infrared vision.

In fact, there is at least one star at any tiny point in the sky, but as the universe is expanding, the Doppler effect causes them to become reddish. Briefly reviewing the Doppler effect, he explains that everything that moves in our direction tends to be blue-toned, and what is distant, is reddish-toned. So if a galaxy is too far away from us, it tends to get much redder, as it distances itself faster than the nearest. And when these galaxies are very far apart, they become "infrared" to our point of view, and as we don't see in the infrared, they become invisible to us. That's why the night sky looks so dark. If we look very deeply at a huge distance beyond the stars and galaxies, we can detect the famous "Cosmic background radiation," which is nothing more than the light left of the Big Bang. But it's also distancing itself from us, and so it can only be seen through the infrared, thanks to the Doppler effect. So our vision of the universe is limited, and we can only see a portion of everything that surrounds us. Other factors also contribute to relatively close stars and galaxies becoming invisible to the human eye, such as the absorption of light by dust and intergalactic gas. And combining this cosmic dust with the expansion of the Universe + Doppler effect, we have to present a very dark sky, with beautiful twinkling stars that adorn our firmament…