Seismic swarm in the Canary Islands can cause tsunami in Brazil?
Skip to content
loading...
Amazing image shows the center of the Milky Way
Astronomers discover 12 new moons of Jupiter
Beautiful Crescent moon meets Venus, Mercury and Regulus tonight
We should take the UFO sightings seriously, says NASA physicist and researcher
UFO that "pursued" commercial aircraft is identified (almost right)
Geologists on alert: Geyser in Yellowstone Park erupt again
Canadian astronaut reveals that humans could have gone to Mars in the years 60
Israel will launch its first ship to the moon
Strange UFO filmed in Bolivia supposedly came from the deep web
Evidence of atomic wars on Earth has been mapped for thousands of years

Whenever some volcanic activity takes place in the Canary Islands, thousands of people on the east Coast of the Americas, including in Brazil, begin to pay attention, for fear that a eruption in the volcano Cumbre Vieja causes a devastating tsunami. 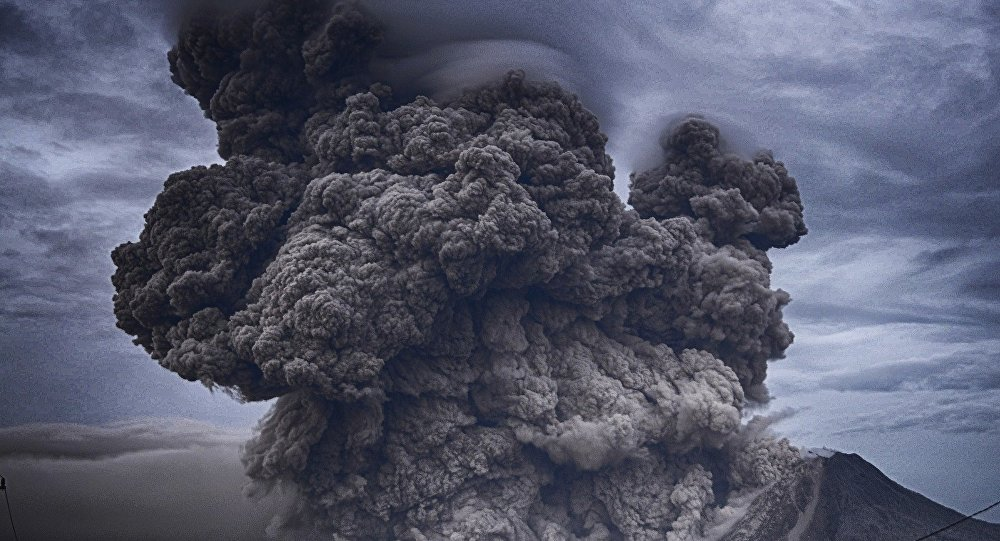 In March 2013, the Sismográfica network around the island of El Hierro, located in the Canary Islands, began to record intense volcanic activity in the vicinity of El Golfo, with more than 240 small concussions greater than 2.5 magnitudes, some of them above 4.0 magnitudes. Informed of the anomaly by the Volcanological Institute of the Canary Islands (IVC), the local government decreed yellow state, forcing people to maintain attention to the communications of the authorities and Civil defense. El Hierro is a volcanic island formed 1.2 million years ago and has more than 500 cones in the open sky. Despite the strong and constant sismovulcânica activity of the region, only one eruption was recorded on the island, produced by the Lomo Negro volcano in 1793. On occasion, Lomo Negro remained in eruption for about 30 days. Tsunami in Brazil Although it is very far from Brazil, the seismic activity in the Canary Islands concerns not only the locals but also the residents of northeastern Brazil. And the reason is very simple. Near El Hierro, also in the Canary Islands, is the island of La Palma, where a large active volcano is erected called Cumbre Vieja, with 1949 meters of altitude. The mountain is in constant state of attention, because it is speculated that a volcano eruption may collapse from the mountain and provoke a tsunami, which would endanger the east Coast of the Americas and West coast of Africa, as well as part of the western coast of Europe . The reason is that Cumbre Vieja has its unstable western flank and according to the proponents of this theory, should a very strong eruption occur more than 500 billion tons of land would be dumped into the sea. A model of propagation presented once by the BBC TV Network of England showed that the collapse of the mountain would generate waves 40 meters high, which would arrive in Brazil in 8 or 9 hours. Controversy despite catastrophic, the hypothesis of a tsunami caused by the Cumbre is not shared by all scientists, who believe that the volcano does not have enough energy to provoke a megaterremoto of these proportions. In addition, current indications show that the landslides would occur in a gradual and not abrupt way as the speculated in the BBC documentary. In 1949, a rash made the summit of the mountain fall several meters into the Atlantic Ocean, without any consequence. Statistics show that Cumbre Vieja presents strong eruptions every 200 or 300 years and the last major eruption occurred in 1971, also without consequences. This means that if we depend on the Cumbre Vieja we can rest easy for the next three centuries. Photos: At the top, part of the mountain of El Golfo's flank in El Hierro collapsed on March 27 as a result of the seismic swarm occurring on the island. In the following, seismic record shows the anomalous amount of low-intensity tremors on March 27, 2013. Above, the model generated by the BBC shows the spread of the tsunami if the Mount Cumbre Vieja will crumble as a result of an eruption on the island of La Palma. Credits: Volcanological Institute of the Canary Islands, BBC: Mega-Tsunami: Wave of Destruction, Apolo11.com. Apolo11.com – All rights Reserved collaboration: Francisco Antônio Muniz Gomez

UFOs, meditation and an emerging world
We should take the UFO sightings seriously, says NASA physicist and researcher
Meteor explodes over Russia
Canadian astronaut reveals that humans could have gone to Mars in the years 60
We live in a virtual reality-physical explains why
Sky turns red as blood in the Middle East, awakening fears of the apocalypse
Scientists discover Ocean ' ' 3 times larger than all of the surface ' ' below t...
Evidence of atomic wars on Earth has been mapped for thousands of years
Laser signals are detected in the Nebula Center
American soldier claims to have killed giant in Afghanistan
Geologists on alert: Geyser in Yellowstone Park erupt again
Astronaut Scott Kelly saw unexplained things in space

Sky turns red as blood in the Middle East, awakening fears of the apocalypse
UFO that "pursued" commercial aircraft is identified (almost right)
Chile: Marine Divullga imprssionante image of Ufo. Sightings have become normal in Patagonia
UFOs, meditation and an emerging world
Gigantic discovery star can compel us to review the whole history of the universe
Astronaut Scott Kelly saw unexplained things in space
We should take the UFO sightings seriously, says NASA physicist and researcher
Beautiful Crescent moon meets Venus, Mercury and Regulus tonight
Blood Moon, July 2018: Sign of the end of the world?
Laser signals are detected in the Nebula Center
Something exploded in space and scientists don't know what it was
Scientists detect planet nine in our solar system