The recent eruption of a volcano in Hawaii has left the geologists on alert because it can present a much greater danger than just the effects of lava and ash spat out by it. See below a video with a computerized animation, showing how the mega-tsunami could occur, if the volcano is in the ocean: Https://youtu.be/KUWjJXbSEfs the editor of the American website Halturnerradioshow.com, says he was contacted by scientists of the United States Geological Survey (USGS), which is the body in charge of geological research in that country, which warned him about the dangers of this eruption. He wrote on his website:

Scientists in the United States geological Survey have contacted me about an impressive development that is occurring now during the eruption of the Kilauea volcano in Hawaii: an area of land on the southern flank of the volcano, known as ' Hilina Slump ' – Roughly the size of Manhattan – it is moving and could collapse into the ocean, sending a tsunami to the West Coast, with more than 100 feet (30 meters) high, moving at 500 miles per hour (800 km/h). Cities like San Diego, Los Angeles and others could be swept off the face of the earth. They say the USGS bosses know this and are intentionally hiding the fact from the public for fear of causing panic. Media in Hawaii and Los Angeles supposedly received specific instructions to say nothing. . . Still. . . For the same reason.

For those who still do not know about the volcano, hundreds of small earthquakes were felt on the island before the appearance of lava on the surface. After, the earthquakes increased and a strong earthquake of magnitude 6.9 occurred on Thursday night (local time). 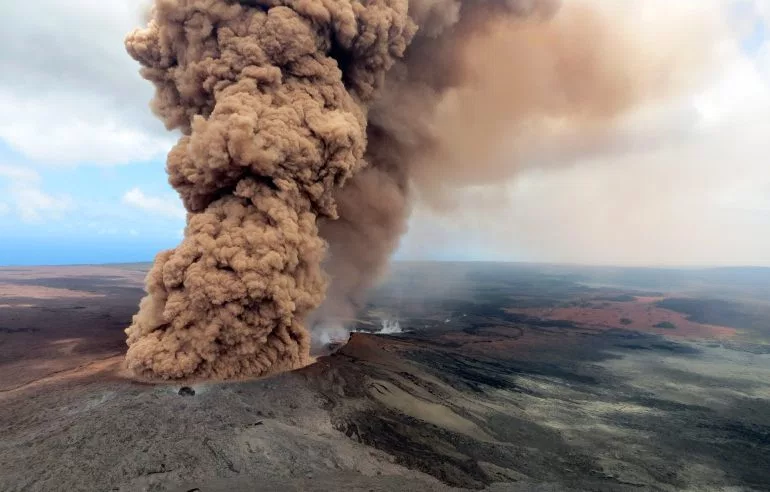 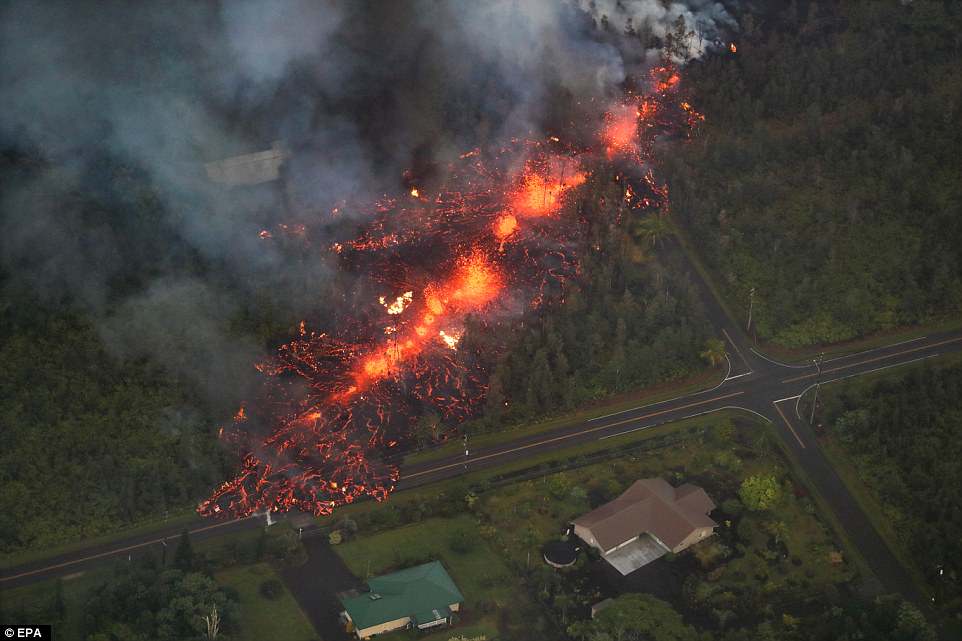 The website editor who posted the information about the possible tsunami still warned:

People along the West Coast (USA) must have a plan. If an evacuation request is made, you'd better know at that instant where you're going and how you're going to get there, believe me, when 10 million of other people find out they need to run for their lives or be killed by a tsunami in four or 5 hours , it will be utter chaos, unimaginable. Again, there is no need to panic or evacuate now. But be well aware of what is happening now in Hawaii, because if the part of the volcano Kilauea called Hilina Slump collapse in the ocean, you will be lucky to escape with your lives as soon as an evacuation order is given.

Let's hope this is another one of those false alarms, and nothing much, besides the eruption already underway, occurs. And since we have touched on this issue, it is worth remembering that the north and northeast Brazilian coast is also subject to a mega-tsunami in these same moulds, which can be caused by the volcano Cumbre Vieja, which is located in the Canary Islands. So the earth better calm down a little.

Five wrong conceptions about extraterrestrial life, according to science
The real reason why North Korea has ceased its nuclear tests
Official proof of life on Mars can come within "few months"
Tapestry of the Middle Ages can help discover the planet Nine
Largest wave in the southern hemisphere is registered in New Zealand
Study suggests that aliens could be moving stars
Hawaii volcano may be ready to explode, scientists say
Brazilian physicists reveal new discernments about force that pushes and repels objects
The curious case of the immortal Putin
Scientists want to convert asteroids into spaceships – the ETs seem to be already in front
Whistleblower scientist says UFOs and ETs are even being held in secret installations
Ancestral stars can harbor advanced civilizations, says astronomer