Between September 2015 and October 2016, Spire released 17 CubeSats of three units in its Lemur-2 program, and what fell yesterday was Lemur-2-NATE. Airservices Australia originally told the Australian Broadcasting Corporation what people had seen was an airplane. The Vulture South asked the agency if he had reviewed his opinion since then and replied only that "Airservices is aware of an aircraft that passed through Australian airspace over Hobart at 7:30 UTC/6:30 AEDST on Tuesday, February 28, 2017" . That was Emirates EK488 on the route from Dubai to Auckland, NZ. The astronomer Brad Tucker of the Australian National University presented the Lemur-2 as a possible source of the fireball.

Tucker told the Vulture South that he's 75% sure it's Lemur-2-NATE, because the predicted re-entry orbit took over Tasmania, and the weather was right. 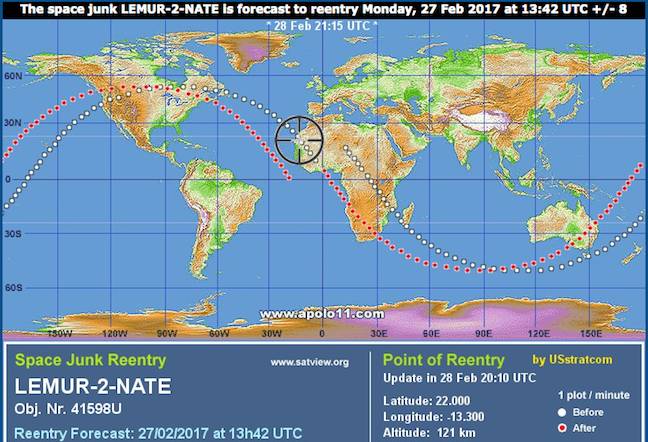 The Lemur-2 birds are part of a constellation of 125 units designed with a two-year design life. Since the Lemur-2-NATE was released in early 2016, his alleged disappearance was premature. Benzoic.

Another hypothesis raised is that in fact it is a plane captured in photography at a particular time of solar exposure that generated this effect watch: https://www.youtube.com/watch? v = POnNU4DmiEM