To understand the patterns that shaped the galaxies, it is necessary to study stars. By studying them, astronomers and scientists are able to analyze their masses, births and deaths to better understand the history of the universe.

The Southern European Observatory has just announced that astronomers have discovered that both galaxies of the primordial universe and a nearby galaxy contain a proportion of massive stars much larger than they found in galaxies until then. "We found about 30% more stars with masses larger than thirty times the sun, and 70% more stars with more than 60 solar masses. Our results challenge the previous idea that predicted the limit of 150 solar masses for the largest mass of birth and they even suggest that stars can have initial masses of 300 solar masses! "says Fabian Schneider of Oxford University (England). That information changes everything. 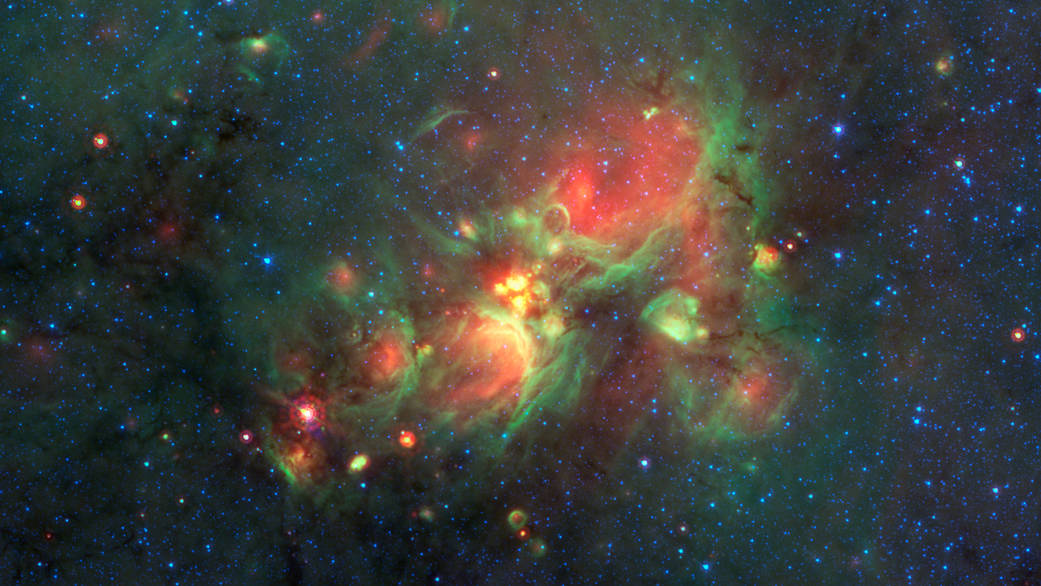 "Our discoveries make us question our understanding of cosmic history. Astronomers who build models of the universe must now go back to the beginning, and use more sophisticated models, "complements Rob Adisa, co-author of the study. [ESO, Outerplaces]

Laser signals are detected in the Nebula Center
Blood Moon, July 2018: Sign of the end of the world?
UFOs, meditation and an emerging world
Sky turns red as blood in the Middle East, awakening fears of the apocalypse
Israel will launch its first ship to the moon
Chile: Marine Divullga imprssionante image of Ufo. Sightings have become normal in Patagonia
Meteor explodes over Russia
Scientists discover Ocean ' ' 3 times larger than all of the surface ' ' below t...
Astronaut Scott Kelly saw unexplained things in space
The crust of Mars stiffened quickly, increasing the possibility of life
We should take the UFO sightings seriously, says NASA physicist and researcher
We live in a virtual reality-physical explains why