Throughout history, meat masses of unidentifiable marine animals and fetid have been discovered along beaches around the world, sickening bathers and usually bringing bad smell to the place. Although these rotting meat masses are often cited as evidence of unknown marine monsters that are hidden in the depths of the sea, in most cases they reveal nothing more than the decaying remains of whales and other great Aquatic animals. See the really bizarre creature: Https://youtu.be/CTCGSQdZPsU 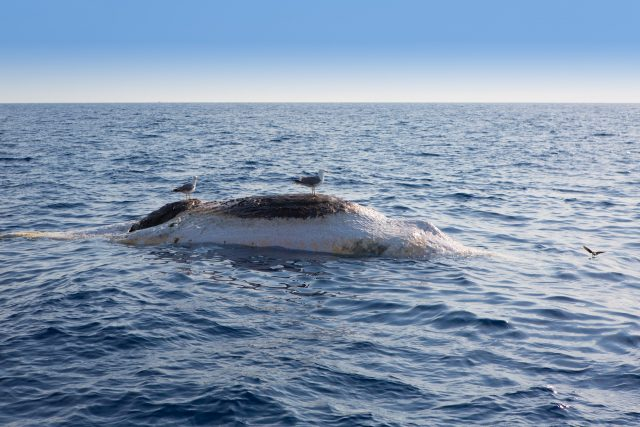 The monster of the city of St. Augustine, a giant that appeared in Florida in 1896 and was originally thought to be the remains of a species of unknown giant octopus. A hundred years later, the DNA analysis revealed that the "monster" was a whale fat.

Still, this does not prevent these corpses from attracting the attention of cryptozoologists and those who seek mystery. These smelly marine meat masses are often described as "furry" due to the way the animal collagen decomposes into long lint, and this furry appearance has often led to its erroneous identification over the years. 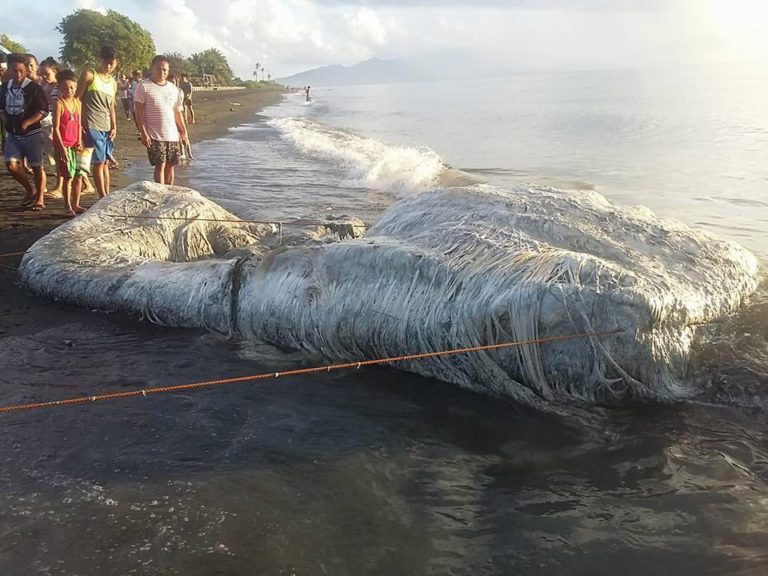 Case in point: this week, a gigantic hairy carcass appeared in the Philippines, arousing the spectators ' curiosity and creating a sensation in social networks. Of special note was the smell of another world of this piece of meat. Vox Krusada told the Sun that despite his decades of working around marine animals, he never found a smell like this:

Today we just collected a sample of it for a more thorough analysis. The local government of Gloria is now burying the carcass. And the bloody stench is horrible. It smells like something from another planet. I really experienced the full power of your smell, because I was the one who took the tissue samples. I almost puked. I felt better after taking a shower, but the stench still lingers in my nose.

More curiously, this particular carcass was also cited as a bad omen, possibly anticipating that a catastrophic natural disaster is on its way to the Philippines. Is this a warning sign or just a dead, fetid whale? Dead marine creatures, particularly rare, are often regarded as omens of imminent natural disasters. Dead rowing fish, for example, usually appear on the beaches just before the earthquakes, and marine biologists still don't know why. In the case of this recent mass, some Filipinos believe that it "is a sign of something bad coming". Natural disasters and mysterious marine creatures could be related? Although there are many cases of the two coincident incidents, there are also many cases of strange carcasses appearing without disasters accompanying them, and many disasters that occur without any prefiguration of dead marine creatures. Time will tell – with all the volcanic activity occurring all over the world, would the Philippines be a ticking bomb? After all, the Philippine Islands are directly in the ring of Pacific fire…

UFOs, meditation and an emerging world
Beautiful Crescent moon meets Venus, Mercury and Regulus tonight
Strange UFO filmed in Bolivia supposedly came from the deep web
Something exploded in space and scientists don't know what it was
Human genetic code was created by ancient aliens and signed with the number 37
United Kingdom heads off and says they have released their last 3 UFO/UFO files. See why
Blood Moon, July 2018: Sign of the end of the world?
Is there extraterrestrial life on Earth?
Scientists discover Ocean ' ' 3 times larger than all of the surface ' ' below t...
Evidence of atomic wars on Earth has been mapped for thousands of years
American soldier claims to have killed giant in Afghanistan
Sky turns red as blood in the Middle East, awakening fears of the apocalypse