Russian residents were left with "goose bumps" after a wave of light sightings in the sky in northern Siberia. The bizarre phenomenon caused a surge of activity in the social media, with speculations full of UFOs and extraterrestrials coming to Earth. Https://youtu.be/u6ri2RyVo5E Vasily Zubkov posted, "I went out for a smoke and thought it was the end of the world."

Siberian photographer Sergey Anisimov was preparing to capture the Northern lights when he saw the supernatural ball of light in the sky. "I was surprised for a few minutes without understanding what was going on," he said. "The bright ball arose from behind the trees and moved towards me. "My first thought was about the most powerful spotlight, but the speed of changing everything changed the idea of what was going on. "The ball began to turn into an arc and gradually dissipated." Credit: Alexey Yakovlev/The Siberian Times Alexey Yakovlev is another photographer who witnessed the lights, he admitted to feel fear when he saw the inexplicable form in the sky and that he was happy to have others with him so that he knew he was not hallucinating. "At first I thought–it's a radiance in such an unusual, round shaped way. "But gradually the ball began to expand, it became clear that this is not a bit of brightness and has become scary. "It's a good thing I wasn't alone… A group of people cannot hallucinate. " Social media users have suggested everything from alien invasion to a hole in the fabric of space-time. However, there are some slightly less unlikely explanations. Firstly, it is possible, given the location of the sightings, which was a particularly spectacular display of the Northern Lights. 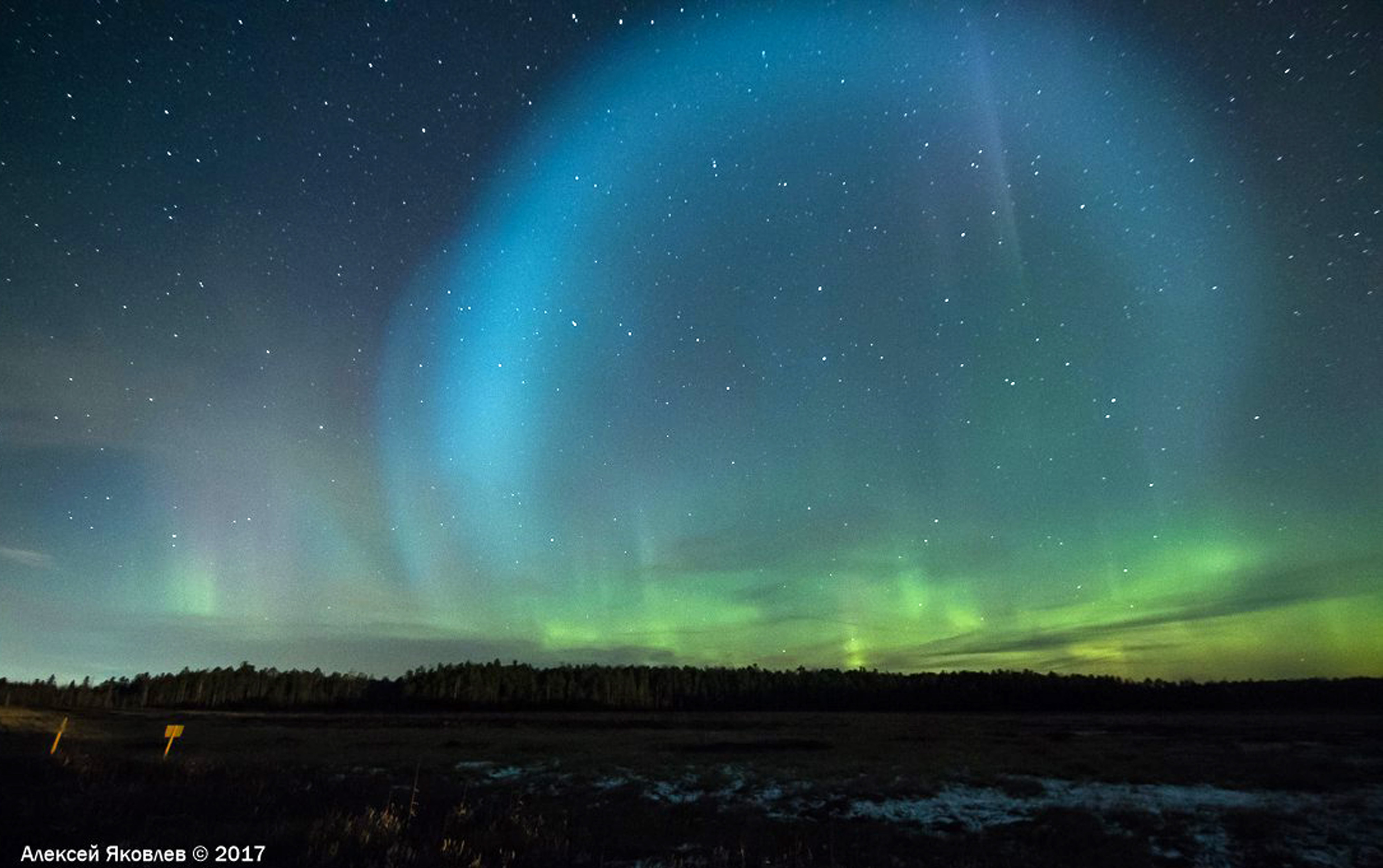 The other possibility is that Putin and his military are behind the lights. The military confirmed that missile tests were in progress on submarines and aircraft last night, and the exercises included the launch of a superpowered top rocket from 550 kilometers north of Moscow.   Credit: Alexey Yakovlev/The Siberian Times the Russian media claims it was the trail of this rocket that caused the mysterious glare in the night sky. The launch was confirmed by the Ministry of Defense in Moscow, but not everyone is satisfied with the explanation. Nigel Watson, author of the UFO Handbook, told Mail Online: "This seems incredible and it is not surprising that the vision has made the witnesses think of aliens and the opening of a portal to another dimension. "These fantastic possibilities are overthrown by the prosaic explanation that this strange phenomenon of light [sic] was caused by the test of an intercontinental missile. "This seems to be a poor explanation for something so spectacular, but other rocket launches have caused similar spectacles. "In particular, in December 2009, an impressive spiral light was seen over Norway, which was caused by a failed Russian missile test. "They may not be of alien origin, but we can certainly admire their beauty, even if they are caused by weapons of mass destruction."

Reptilians are being blamed for trying to start the Third World War
Trump talks openly about creating space force: Is the disclosure of the secret space program near?
Study suggests that aliens could be moving stars
Official proof of life on Mars can come within "few months"
How would humanity react if we actually found aliens?
Scientists want to convert asteroids into spaceships – the ETs seem to be already in front
Tapestry of the Middle Ages can help discover the planet Nine
Whistleblower scientist says UFOs and ETs are even being held in secret installations
The scale of the river to determine the importance of a possible alien signal
The curious case of the immortal Putin
Amazing image shows the center of the Milky Way
Severe solar storm will hit Earth on May 6th