Mysterious glass objects found in the desert and Scotland can be evidence of mass atomic explosions thousands of years ago, the conspiracy theorists claim.

Ancient Hindu texts describe a global disaster caused by an "unknown weapon, an iron ray." Some believe that the proof of such a catastrophe is what is known as the glass of the Libyan desert, which was formed sometime between 26 and 28 million years ago. Fragments of this glass can be found along an area of 10 square kilometers on the border of Egypt with Libya. An impressive piece was also found on the brooch of pharaoh Tutankhamen. 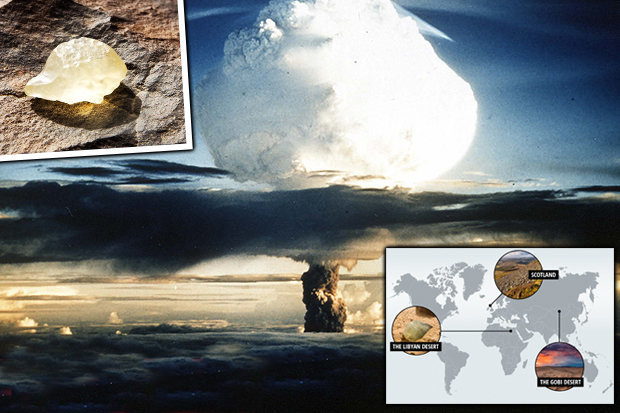 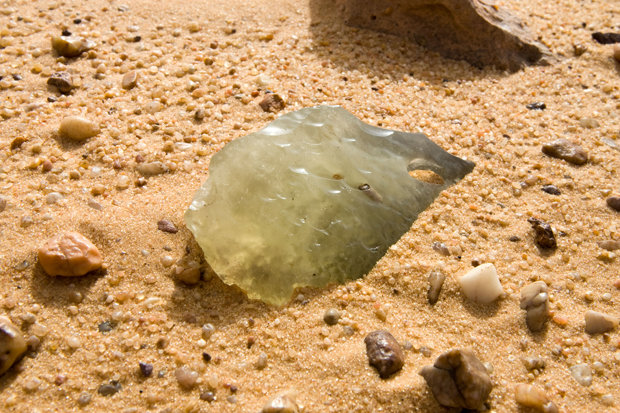 Fragments of glazed silicon in the Libyan desert.

Many scientists believe that the glass was formed by a comet that entered the Earth's atmosphere, which heated the sand to a temperature of 200 degrees Celsius. But this theory has been challenged. Engineer Albion W. Hart of the Massachusetts Institute of Technology said that the pieces of glass left by nuclear tests in Alamogordo, New Mexico, USA, were the same ones found in the Libyan desert. And it is claimed that there is no evidence of a gigantic meteor impact in the Libyan desert Zone and the glass rocks have a degree of transparency and purity (99%) that is not typical of fallen meteorite mergers. A huge area of strange molten silica glass was also found in the Gobi desert, in Mongolia, including layers in Lop Nor, in neighboring China. Radioactive surface tests indicate that the fused silica layers did not originate from recent detonations, but millions of years before the Chinese became a nuclear power. Melted walls with "shimmering blue glass" were also discovered at a depth of 1800 meters by a Russian archaeologist Piotr Kolzlov in the ruins of the city of Kocharo Khoto. He dug up a sarcophagus with two well-preserved bodies of a king and queen. The local tradition speaks of lightning falling from the sky and doing this excavation. Over 70 ancient fortresses on stone hills in Scotland have glazed walls where the stone melted into glass after being exposed to intense heat for a long period. 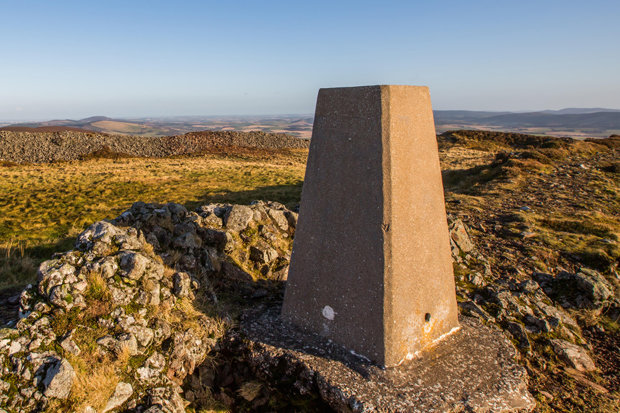 The Fort Noth near Chert, Aberdeenshire, in Scotland, famous for its glazed walls.

Such a fort can be found in Hill the Noth near Chert, Aberdeenshire, Scotland, which is famous for its glazed stone walls. The last of these areas is Dun Mac Sniachan in Argyll, while famous examples can also be found at Benderloch in Oban, Craig Phadraig and Ord Hill, North Kessock, both near Inverness, (Scotland). Source

Beautiful Crescent moon meets Venus, Mercury and Regulus tonight
Scientists detect planet nine in our solar system
Sky turns red as blood in the Middle East, awakening fears of the apocalypse
Strange UFO filmed in Bolivia supposedly came from the deep web
Blood Moon, July 2018: Sign of the end of the world?
Canadian astronaut reveals that humans could have gone to Mars in the years 60
Gigantic discovery star can compel us to review the whole history of the universe
Chile: Marine Divullga imprssionante image of Ufo. Sightings have become normal in Patagonia
Scientists discover Ocean ' ' 3 times larger than all of the surface ' ' below t...
History confirms encounters between real giants and explorers
Huge furry carcass appears on beach of the Philippines
Laser signals are detected in the Nebula Center