Nasa is preparing to send a robotic ship on a mission to Mars, where it will penetrate deep into the crust of the red Planet and measure ' tremors of Mars ' for the first time. The insight probe was released just before dawn on Saturday (5), aboard an Atlas 5, robust and mega powerful, 19-story rocket. But the "wild minds" of the internet are likely to be interested in the fact that it will land in a place where the alien hunters claim to have seen an ' accidental UFO ' and an ' extraterrestrial city '. 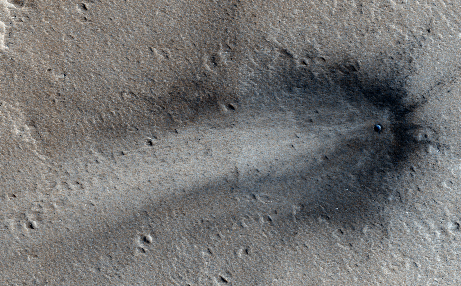 It will land on a plain near the equator of the planet, called Elysium Planitia. Once an inn, the insight, powered by solar energy, will spend a Martian year (two Earth years) piercing the depths of the planet, searching for clues as to how Mars took shape and how the Earth and other rocky planets emerged. "The science we want to do with this mission is really the science of understanding the primitive solar system," said Bruce Conerdt, chief researcher of Insight. Alien hunters previously claimed to have seen ' walled cities ' at Elysium Planitia, as well as a ' rugged UFO '. 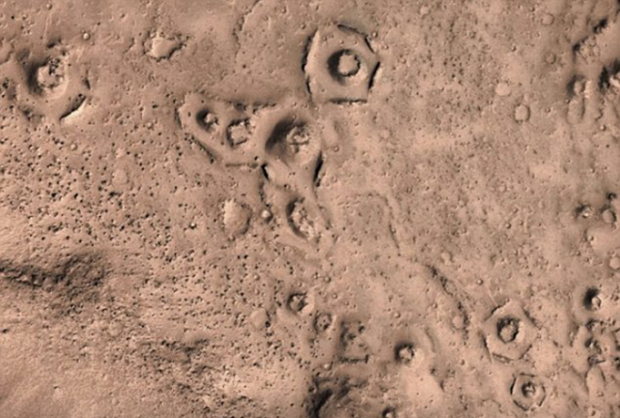 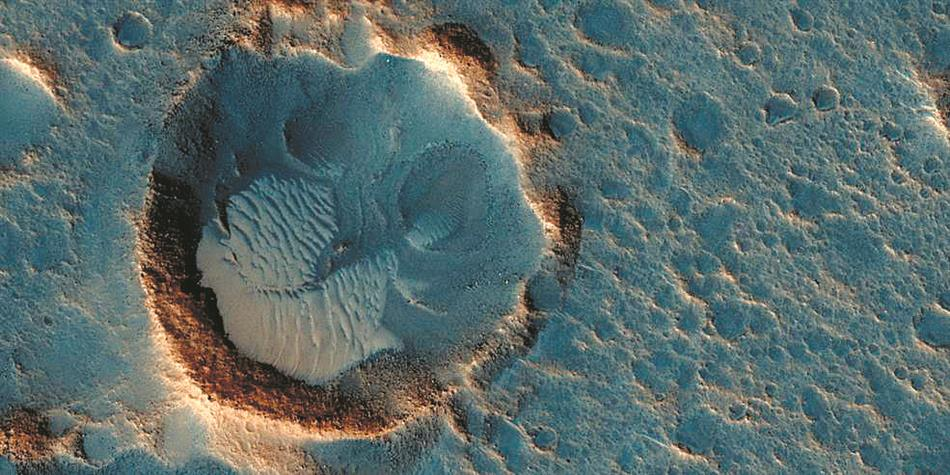 This photo was considered as evidence of ' walled cities ' on Mars (Photo: Nasa)

But the truth about this Martian plain may be stranger than fiction. The European Space Agency has discovered signs of a huge frozen ocean that is roughly the same size as the North Sea. A water that formed the sea seems to have originated below the surface of Mars, and has come out through a series of fractures known as Cerberus fossae, from where it flowed into a catastrophic flood, "wrote the ESA in 2005. "She collected in a vast area of about 800 kilometers long by 900 kilometers wide, with a depth of about 45 meters. When the water began to freeze, the floating ice fell apart on rafts. Then these were covered with ash and dust from volcanic eruptions in the region. Insight would complete its journey from 480 million miles to Mars in about six months. While Earth's tectonics and other forces have erased most of the evidence from its history, it is believed that much of Mars – which is about one-third of the size of the Earth – has remained relatively static for more than 3 billion years, creating a Geological machine for scientists. The main instrument of insight is a seismograph manufactured in France, a device designed to detect the smallest movement of the soil of ' martemotos ', even those on the opposite side of the planet. Scientists expect to see a dozen 100 ' Martemotos ' throughout the mission, producing data that will help them deduce the depth, density and composition of the planet's core, the rocky mantle that surrounds it, and the outermost layer, the crust. Insight is not the first attempt to measure Martian seismic activity. The Viking probes of the mid-1970 were also equipped with seismographs, but were bolted at the top of the bases, which swayed in the Martian winds on legs built with dampers. Conerdt joked: "' We did not do seismology on Mars – we made 3 feet (90 cm) above Mars." Source)

Amazing image shows the center of the Milky Way
Reptilians are being blamed for trying to start the Third World War
Five wrong conceptions about extraterrestrial life, according to science
Trump wants NASA to search for aliens – funding needs to be approved in Congress
Scientists have discovered how and when the sun will die, and it will be something epic!
Scientists want to convert asteroids into spaceships – the ETs seem to be already in front
Black holes can be in fact just the collision of two wormholes
Intelligent dinosaurs came out of the Earth millions of years ago
The real reason why North Korea has ceased its nuclear tests
Tapestry of the Middle Ages can help discover the planet Nine
Official proof of life on Mars can come within "few months"
Largest wave in the southern hemisphere is registered in New Zealand