How many conspiracies can huddle together in one theory? A recent YouTube channel video linked the Reptilians, the Third World War and Ukraine into a big warning about an imminent catastrophe and is instructing people to:

Search Google for a phone book from Ukraine and call people and businesses and say that all politicians are reptilian. 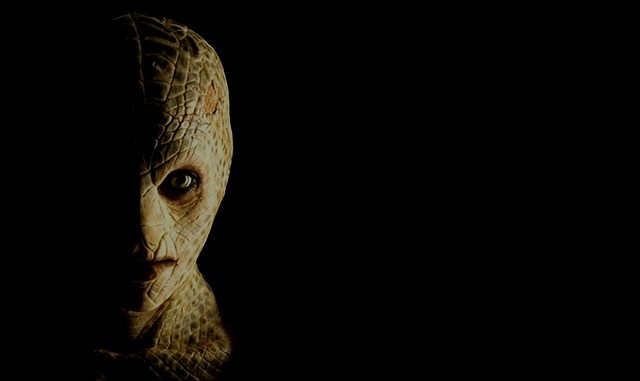 Okay, turn off your cell phone for a minute and let's see if it's really time to panic about this weird behavior of the supposed reptilians and, if it's true, you should call people in Ukraine and tell them to start playing classical music Really loud (works to soothe some reptilian brains). The YouTube user 2CirclesArchive posted a video titled "Reptilians Try to start World War 3 in Ukraine" (the Reptilians try to start World War ill in Ukraine) this week on their channel, which seems to be a site that deals with all things reptilian. It opens with this statement:

Reptilian parasites know that humanity is awakening to its existence and presence. That's why the need for the Third World War is a distraction. That's the only reason for this irrational conflict.

Well, the videos don't have 8 billion views, so all of humanity doesn't know this, but the 2CirclesArchive is certainly striving to spread the news, and the video is very clear that the reptilians are concerned about humans taking science from their Existence. However, instead of destroying us, that those who believe in the Reptilians certainly think they have the power to do, the video says they will start a world war to distract us.

Okay, it's not the West against Russia, but this is the conflict that the video is predicting will start this false reptilian flag war, not the slump in North Korea or the Middle East. Why Ukraine? The answer to that could be Simon Parkes. Who?

Putin was part of a reptile-aided group. The Nordics made the counteroffer to Putin. The technology the Nordics are giving Putin is at the same level as the United States. The Nordics told Putin that he no longer has to endure the American line, hence his resistance.

Simon Parkes is a former in Whitby, North Yorkshire (United Kingdom), who claims to have been visited by extraterrestrials even before birth; He is an abductee and presents himself as an expert on Reptilians, because his legal father is one of them and he himself was the father of an alien hybrid, which caused problems in his marriage. That might be the least of your worries. He made these statements about Vladimir Putin's own relations with the Reptilians in 2015 – they must be true, since he is still alive… right? Parkes left the counselor position in 2015 and has spoken to the world about "aliens, people of the shadows, Elementals and UFOs, these include beings of ' Mantid ' (mantis – beings like the ' glove-to-god ' insects), draconian reptilians, felines, small grays and Highs, crystalline beings and other creatures that cannot be identified. " Parkes seems to have not considered the video yet. With his supposed experience with the Reptilians, he may want to give the Ukrainians who will be in the midst of that supposed conflict, or people who want to help them, some better advice than that:

Pass it along and tell everyone. The internet is controlled. Call the people in Ukraine randomly. Search Google for a phone book from Ukraine and call people and businesses and tell them that all politicians are reptilian. They want the Third World War. Internet search. I love you. Hurry up, TIME's running out. "

Me you? Good luck with this approach if the companies in Ukraine are similar to those in the US. You may want to say "Ya tebe Lyublyu (Ukrainian for ' I Love You ')". and ' VSI Polityky – Reptyliytsi (all politicians are reptilian) ' will probably get a ' tak (yes) ', but they will want to know how much sausage you want and when you are picking up. If the reptilians really exist and have been here for millions of years, they know that humans do not need help to start wars. Source)

Trump wants NASA to search for aliens – funding needs to be approved in Congress
Largest wave in the southern hemisphere is registered in New Zealand
NASA will land on Mars Plain where UFO researchers found ' city ' and ' UFO ' ru...
Official proof of life on Mars can come within "few months"
Scientists want to convert asteroids into spaceships – the ETs seem to be already in front
Severe solar storm will hit Earth on May 6th
Amazing image shows the center of the Milky Way
The real reason why North Korea has ceased its nuclear tests
The curious case of the immortal Putin
The scale of the river to determine the importance of a possible alien signal
Study suggests that aliens could be moving stars
The Enigma of the planet Nine, the new member of the Solar system that no one has ever seen