Emery Smith claims to have worked in secret facilities in the United States. Image credit: DailyStar

Emery Smith, also known as the ' Black Project Whistleblower ' (Black Project whistleblower), claims to have worked in a deep underground biological facility located in the USA. 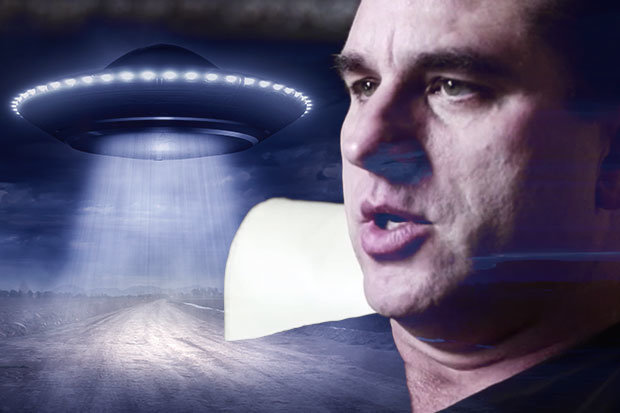 There, Smith alleges that the work is occurring in extraterrestrial technology harvested from alien beings and their spacecraft fallen or captured. That would change the world as we know it.

In a YouTube video, he makes a series of incredible revelations, including that the flying saucer of the ETS are mostly "organic and connected to the pilot", they can be "infused with life and intelligence" and "Change Shape".

Smith claims to have served in the US Air Force before becoming a scientist who worked for large corporations in U.S. military projects. He claims to have examined over 3,000 parts of the bodies of alien beings.

It was reported that Smith said he was working in a top-secret section of Kirkland's huge air Base in New Mexico, USA.

In the YouTube video, posted by the channel ' destroyer Illusion ', it makes some amazing statements:

I've seen a lot of different ships in these projects, and I actually worked with the ships and the bodies because they're connected.

Many of the ships are organic materials, which means that only the driver of that race can operate the vehicle due to their frequency of genetic DNA and the frequency they are emitting. It's like having a pet or a car that responds only to the owner.

These types of vehicles are so amazing, they are usually made in space through harmonics and frequency. So they can actually give life to a ship and animate it with artificial intelligence or consciousness, or both. and match the pilot or occupant of that vehicle.

He continues claiming to have worked on a number of different types of flying saucers, which he claims are constantly "emitting an incredible energy from space" about 30 years after being captured.

Of course there are always classic spheres, egg shapes and disc shapes.

There are also other interdimensional ships that can change shape.

So they can come in the form of light, and they can manifest and change their atomic structure to become a solid; So these types of ships are a little more advanced than the ships we've heard about in pop culture and TV.

Some of his claims seem to have been ripped out of a sci-fi movie. But Smith claims that this technology that is "thousands of years ahead" is being "suppressed" from public knowledge.

And the big companies are "struggling" to get their hands on this science.

These ships can actually travel interdimensionally; They can change shape without the occupants knowing that it is happening and then reforming again in different worlds and different dimensions, and different parts of the universe immediately.

They've already mastered the transporter so the body can shrink into its own vital space. And that's why they can travel 1 million miles an hour and turn right, because they don't feel it. Because they are in their own dimensional holographic world, where they are subjected to these scientific algorithms.

His reason for coming in public is that Smith states that E.T. technology could completely change human life by offering free energy and revolutionary medical cures.

NASA finds system of "neighboring stars" faster in the universe
The scale of the river to determine the importance of a possible alien signal
Tapestry of the Middle Ages can help discover the planet Nine
Black holes can be in fact just the collision of two wormholes
Official proof of life on Mars can come within "few months"
Five wrong conceptions about extraterrestrial life, according to science
Volcano eruption in Hawaii can cause mega-tsunami on the west coast of USA
NASA will land on Mars Plain where UFO researchers found ' city ' and ' UFO ' ru...
Reptilians are being blamed for trying to start the Third World War
Brazilian physicists reveal new discernments about force that pushes and repels objects
Astronomers discover 12 new moons of Jupiter
Amazing image shows the center of the Milky Way