Using data from the Dark Energy survey – A survey in the near infrared range, as well as the visible one, which aims to investigate the dynamics of the expansion of the universe and the growth of the large-scale structure – experts have sighted an object never before seen. And although the Dark Energy Survey is an unlikely tool to find objects within the solar system, since almost all orbit within the plane, it was useful to detect the newly object: it has an orbit inclined at 45 degrees in relation to the plane of the Solar System, and it's something that scientists in the new study didn't expect to see. However, it was something predicted by Batygin and Brown, researchers at Caltech who proposed in 2016 that the planet was real. 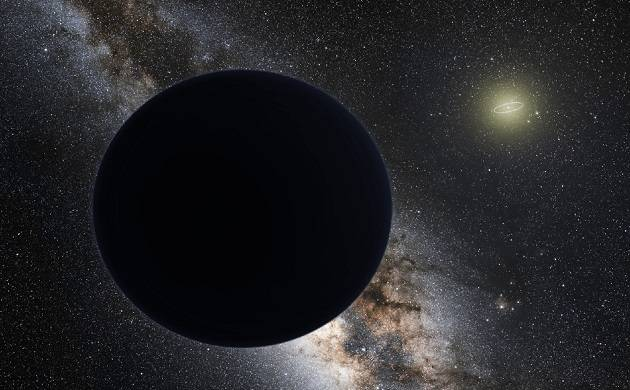 But despite this, David Gerdes, astronomer at the University of Michigan and co-author of the new article, told the magazine Quanta:

It's not proof that planet nine exists. But I would say that the presence of such an object in our solar system reinforces the case of planet Nine.

The new study describes how astronomers came across a ' distant ' rocky object – perhaps as big as a dwarf planet – that they argue that it was pushed into an extraordinary orbit by the gravitational force of a massive and unknown world. They argue that this discovery offers unprecedented evidence that planet nine must be somewhere.

In 2016, astronomers investigated the strange orbits of six objects in a distant region of icy bodies stretching beyond Neptune. The objects had orbits that point in the same direction and are tilted at 30 ° downwards compared to the solar plane, in which the eight planets circulate the sun. This fact, the experts say, is a telltale sign of the existence of a massive world. Image credit: Caltech.

The alien world was proposed by Caltech astronomers in 2016, when they discovered how a group of icy objects at the edge of our solar system has strange and slanting orbits. Gregory Laughlin, an astronomer at Yale University, said:

He has a real magnetism. I mean, finding a planet with 10 Earth masses in our solar system would be a discovery of unparalleled scientific magnitude.

The astronomers at Caltech suggested how the orbits of so-called trans-Neptunian objects (TNOs) were altered by the gravitational pull of a planet with ten times the mass of the Earth, located beyond Pluto. Researchers then discovered how the TNOs had elliptical orbits pointing in the same direction. They also found that the objects were tilted around 30 degrees ' down ' compared to the planet in which the planets in our solar system orbit the sun. And although there has been a lot of evidence that suggests that such a planet is not just a myth, we do not identify the elusive world in heaven.

In 2017, NASA joined the discussion on the elusive planet. The space agency has highlighted five different lines of evidence that suggest that such a planet is real. The US space agency also said that the ' nonexistence ' of planet Nine generates more problems than it solves. Dr. Konstantin Batygin from Caltech said:

There are now five different lines of observational evidence pointing to the existence of planet Nine. If you remove this explanation and imagine that the planet Nine does not exist, you generate more problems than you solve. Suddenly, you have five different puzzles and you need to create five different theories to explain them.

American soldier claims to have killed giant in Afghanistan
Gigantic discovery star can compel us to review the whole history of the universe
Geologists on alert: Geyser in Yellowstone Park erupt again
Chile: Marine Divullga imprssionante image of Ufo. Sightings have become normal in Patagonia
Blood Moon, July 2018: Sign of the end of the world?
Huge furry carcass appears on beach of the Philippines
Beautiful Crescent moon meets Venus, Mercury and Regulus tonight
United Kingdom heads off and says they have released their last 3 UFO/UFO files. See why
The crust of Mars stiffened quickly, increasing the possibility of life
We should take the UFO sightings seriously, says NASA physicist and researcher
UFOs, meditation and an emerging world
Strange UFO filmed in Bolivia supposedly came from the deep web