The sun is about 4.6 billion years old – measured in the age of other objects in the Solar system that formed at the same time. and based on observations from other stars, astronomers predict that it will reach the end of its life in another 10 billion years.

There are other things that will happen along the way, of course. In about 5 billion years, he must turn into a red giant. The star's core shrinks, but its outer layers expand into Mars ' orbit, swallowing our planet in the process, if it's still there. One thing's for sure: right now, we're certainly not going to be around. In fact, humanity only has a period of about a billion years to find a way out of that rock. That's because the sun is rising in brightness at about 10% every billion years. That doesn't sound like much, but this increase in brightness will end life on earth. Our oceans will evaporate and the surface will be too hot for water to form. We will be as ruined as possible. It's what comes after the red giant that proved difficult to define. Several previous studies have found that for a brilliant planetary nebula to form, the initial star must have been twice as big as the sun. Now, an international team of astronomers used computational modeling to determine that, like 90% of other stars, our sun is more likely to shrink from a red giant, to become a white dwarf, and then end up as a nebula. Planetary. "When a star dies, it ejects a mass of gas and dust — known as an envelope — in space. The envelope can be as big as half the mass of the star. This reveals the core of the star, that at this point in the life of the star is running out of fuel, eventually shutting down, before finally dying, "explained astrophysicist Albert Zijlstra of the University of Manchester in the United Kingdom, one of the authors of New study. "It's only then that the hot core makes the ejected envelope shine for about 10000 years – a brief period in astronomy. This is what makes the planetary nebula visible. Some are so bright that they can be seen from extremely large distances, measuring tens of millions of light-years, where the star itself would have been too weak to see. The data model that the team created actually predicts the life cycle of different types of stars, to discover the brightness of the planetary nebula associated with different stellar masses. Planetary nebulae are relatively common throughout the observable universe, with the famous ones including the Propeller nebula, the cat's Eye Nebula, the Ring Nebula and the Bubble Nebula. 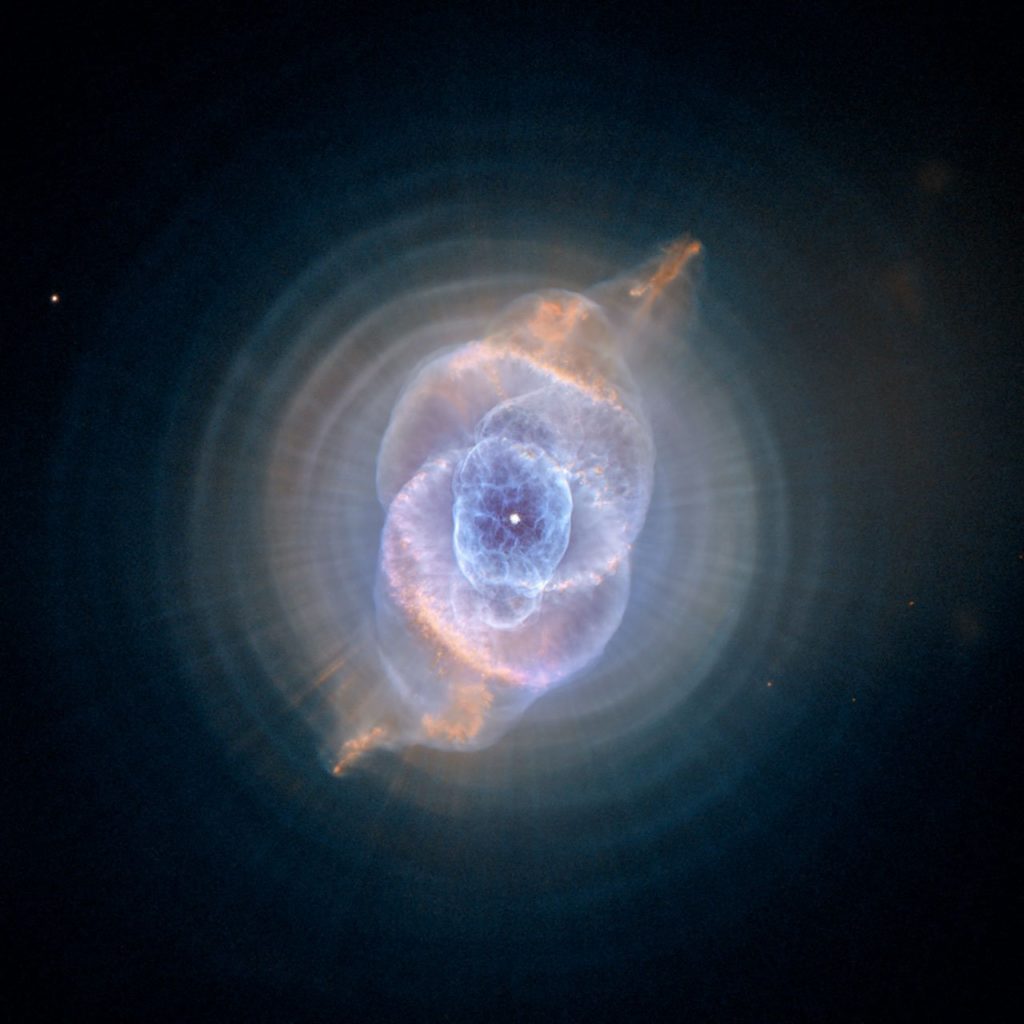 They are called planetary nebulae, not because they really have something to do with planets, but because when the first ones were discovered by William Herschel at the end of the 18th century, they were similar in appearance to the planets through the telescopes of Time. About 25 years ago, astronomers noticed something peculiar: the brightest planetary nebulae in other galaxies have roughly the same level of brightness. This means that, theoretically, at least observing planetary nebulae in other galaxies, astronomers can calculate how far they are. "This is a good result," said Zijlstra. "Not only now do we have a way of measuring the presence of eons of ages from a few billion years in distant galaxies, which is a reach that is remarkably difficult to measure, as we also discover what the sun will do when it dies." Source)

Interesting and at the same time scary. I'm glad we're not going to be here. N3m3

Attention: The comments below are the sole and exclusive responsibility of their own authors and the UFO site today is not responsible for any inconveniences caused by them, but also reserves the right to their moderators to ban any user As well determine. By using the comment area below, you agree to these terms. So be civilised by commenting and reporting abuses, marking such comments as ' inappropriate ', accessing the small arrow pointed down on the right side of each comment. Thank you.

The real reason why North Korea has ceased its nuclear tests
The curious case of the immortal Putin
The largest amount of water in the solar system is not on Earth
Astronomers discover 12 new moons of Jupiter
Trump wants NASA to search for aliens – funding needs to be approved in Congress
Strange lights in the sky cause panic in Russia
Amazing image shows the center of the Milky Way
Official proof of life on Mars can come within "few months"
NASA will land on Mars Plain where UFO researchers found ' city ' and ' UFO ' ru...
Severe solar storm will hit Earth on May 6th
Hawaii volcano may be ready to explode, scientists say
Scientists want to convert asteroids into spaceships – the ETs seem to be already in front