Something exploded in space and scientists don't know what it was
Skip to content
loading...
Como foi o crime e por que babá mentiu: o que a polícia apura no caso Henry
Uma condição cerebral misteriosa esta tornando os ursos amigáveis ​​e logo depois os matando
Cientistas afirmam ter identificado local exato de onde todos os humanos vieram
Bebê nasce com 3 pênis pela primeira vez na história registrada
Onça branca extremamente rara é flagrada pela primeira vez no Brasil
Pesquisadores encontraram uma maneira de regenerar dentes
Vídeo incrivelmente raro mostra o último sobrevivente de uma tribo amazônica nunca antes contatada
Lua cheia ajudou a ‘desentalar’ navio Ever Given no Canal de Suez
Churrasqueira solar atinge 230º e tem autonomia de 25 horas
[Vídeo assustador] Refinaria de petróleo explode em uma coluna gigantesca de fogo após ser atingida por raio
On June 17th, the ATLAS twin telescopes in Hawaii detected a flash in space that wasn't there when they conferred about two days before. This unusual space event, dubbed ' the Cow ', is, according to the first interpretations, some kind of explosion of high-energy particles that approach the speed of light. Its surface temperature is higher than 8900 °c and is expanding at 20,000 kilometers per second. Most supernovas take a few weeks or even more to reach their full brightness, but this blast took days. "She really appeared out of nowhere," says Kate Maguire of Queen's University Belfast (Ireland), who is part of the ATLAS team. Its maximum brightness was incredibly high, 10 to 100 times brighter than most normal supernovaes. "There are other objects that have been discovered that are so fast, but the speed and brightness, this is quite unusual," says Maguire. "There really was no other object like this." 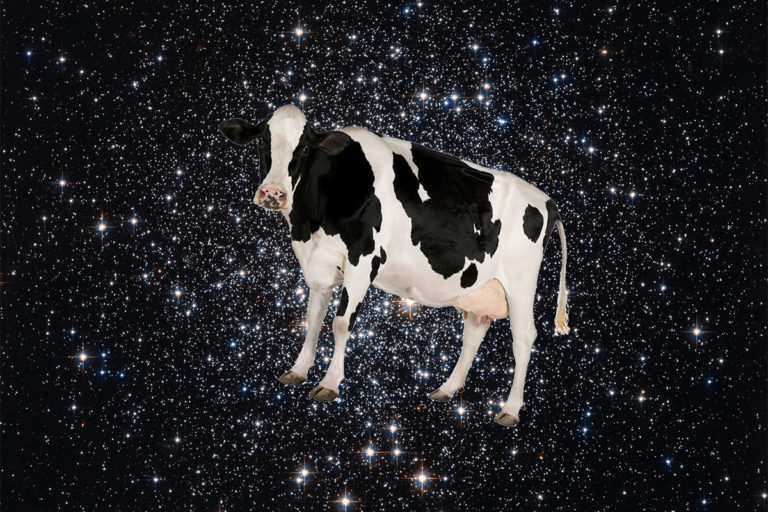 The observations were reported at Astronomer's Telegram, a site where astronomers posted new observations of short-lived cosmic phenomena, where it was catalogued as AT2018cow, or "Cow". The name was just a coincidence – the events in Astronomer's telegram receive three-letter labels, in alphabetical order, based on when they were added. Initially, it seemed that the explosion should be in our own galaxy to look so luminous. But shortly after the initial observations, a group of Chinese astronomers found details in their light that indicated that they would probably come from another galaxy, almost 200 million light-years away. In the days that followed, several teams of astronomers used at least 18 more telescopes to observe the cow, performing more detailed observations in a variety of different wavelengths of light. "I believe this is the largest number of reports for a single object ever published in Astronomer's telegram," says Robert Rutledge of McGill University in Canada, the editor-in-chief of the site. These observations led to the interpretation that the cow is a kind of explosion of high-energy particles approaching the speed of light. Its surface temperature is higher than 8900 °c and is expanding out to 20,000 kilometers per second.

Too bright, too fast

"We're still not sure what it is, but the normal feeding mechanism for a supernova is the radioactive decay of nickel, and this event is too bright and too fast for that," Maguire says. Some later observations indicate that it may be a type of supernova called Ic, says Rutledge, but "more spectroscopy will be needed before we put a lid on it." It could still be another kind of weird explosion in space. . The cow is relatively close when compared to other rapid explosions we've seen, so it's easier to see it in detail… Source

Is there extraterrestrial life on Earth?
Meteor explodes over Russia
Geologists on alert: Geyser in Yellowstone Park erupt again
American soldier claims to have killed giant in Afghanistan
UFOs, meditation and an emerging world
Evidence of atomic wars on Earth has been mapped for thousands of years
Human genetic code was created by ancient aliens and signed with the number 37
Blood Moon, July 2018: Sign of the end of the world?
Sky turns red as blood in the Middle East, awakening fears of the apocalypse
Canadian astronaut reveals that humans could have gone to Mars in the years 60
Huge furry carcass appears on beach of the Philippines
Strange UFO filmed in Bolivia supposedly came from the deep web