According to the perspective of Russian astrophysicist Nikolai Kardashev, in order for a civilization to become a universal superpower, it needs to accomplish three steps: To make the most of all the resources of your planet; Harness all the energy of your nearest star; Harness all the energy of all the stars in your local galaxy. After that, just move on to another galaxy. Kardashev proposed these three phases (called Level I, II and III) of galactic expansion for the first time in 1962. The levels would determine the three "types" of existing technologically advanced civilizations, by measuring the energy consumption of ever more powerful societies. By comparison, human beings would still be at level I – Carl Sagan placed us at about 0.7 in 1973. Recently, a new article revived the Kardashev model, adding an apocalyptic twist: According to Dan Hooper, a scientist at Fermilab (Fermi National Accelerator Laboratory) and professor of astronomy and astrophysics at the University of Chicago, In the US, reaping the energy of distant stars is not only the best way to increase resources available, but also the only way to prevent the expanding universe from leaving civilization totally without resources in the vastness of space.

Hooper explains that the presence of dark energy in our universe is causing the space to expand at an accelerated rate. This means that in the next 100 billion years, the stars beyond our local group – a group of gravitationally linked galaxies that includes the Milky Way – will stop beyond the Cosmic horizon, and a terrestrial observer will never be able to recover information About them. At this point, most stars will become not only unobservable, but totally inaccessible, limiting the amount of energy one day could be extracted from them. Any advanced alien civilization, if it exists, knows it. And therefore, you will do everything you can to reap the energy of these stars before they become inaccessible. For us, this can be a form and find such civilizations. 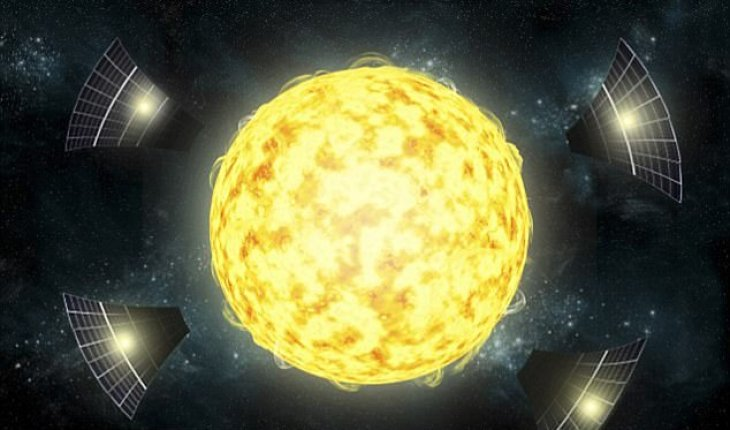 How do you reap energy from a star in the first place? Scientists and science fiction authors have been pondering this issue for decades. The favorite response, for the moment, is using a satellite network – a swarm of millions of them powered by solar energy, known as "Dyson's spheres." A colossal cloud of satellites could hover permanently around a star, radiating energy to a nearby planet. This may seem like a difficult task for humans, who do not know how to harness the resources of the planet itself without destroying it, but researchers believe that there may be alien civilizations thousands or millions of years older than ours, living in the third Galactic exploration phase. And if another civilization really starts rearranging stars, it could be something remarkable from here on Earth. Stars being harvested by some civilization can be visible as a result of the propulsion they are suffering. This acceleration would necessarily require large amounts of energy and would likely produce significant fluxes of electromagnetic radiation.

Hooper suggests that astronomers could keep an eye on unusual galaxies that had their main stars ripped out. These hypothetical extraterrestrials would probably be demanding: small stars, hundreds of times smaller than the sun, would not produce enough radiation to be useful, while significantly larger stars would probably be very Close to becoming supernovae to be used as a battery.

Only stars with a mass of 20 to 100 times that of our sun would be viable candidates. And since the solar objects in this mass range radiate more certain wavelengths than others, the extraction of alien stars would appear in the light signatures of these galaxies.

"The spectrum of starlight from a galaxy that had its useful stars harvested by an advanced civilization would be dominated by massive stars and thus would reach longer wavelengths than would be the case," Hooper evaluated. We probably still don't have enough instruments to detect these signatures in the depths of the universe, but hopefully we'll have one day. It is worth noting that Hooper's article still awaits publication, and can be read for free here. LiveScience

Scientists want to convert asteroids into spaceships – the ETs seem to be already in front
Severe solar storm will hit Earth on May 6th
Five wrong conceptions about extraterrestrial life, according to science
Archons: The "extraterrestrial" race that dominates the earth, according to ancient texts
The scale of the river to determine the importance of a possible alien signal
The Enigma of the planet Nine, the new member of the Solar system that no one has ever seen
Black holes can be in fact just the collision of two wormholes
Largest wave in the southern hemisphere is registered in New Zealand
Brazilian physicists reveal new discernments about force that pushes and repels objects
Trump talks openly about creating space force: Is the disclosure of the secret space program near?
This asteroid should not be where astronomers found it.
The curious case of the immortal Putin