18 divers entered the mountain and began the journey of about 6 hours to the isolated group. Operation, which is complex and dangerous, can last up to 4 days.

Thailand started at dawn this Sunday (8)-time in Brazil, morning in Thailand-the rescue operation of the 12 boys from 11 to 16 years and their football coach, trapped in a cave flooded in the district of Chiang Rai since June 23. 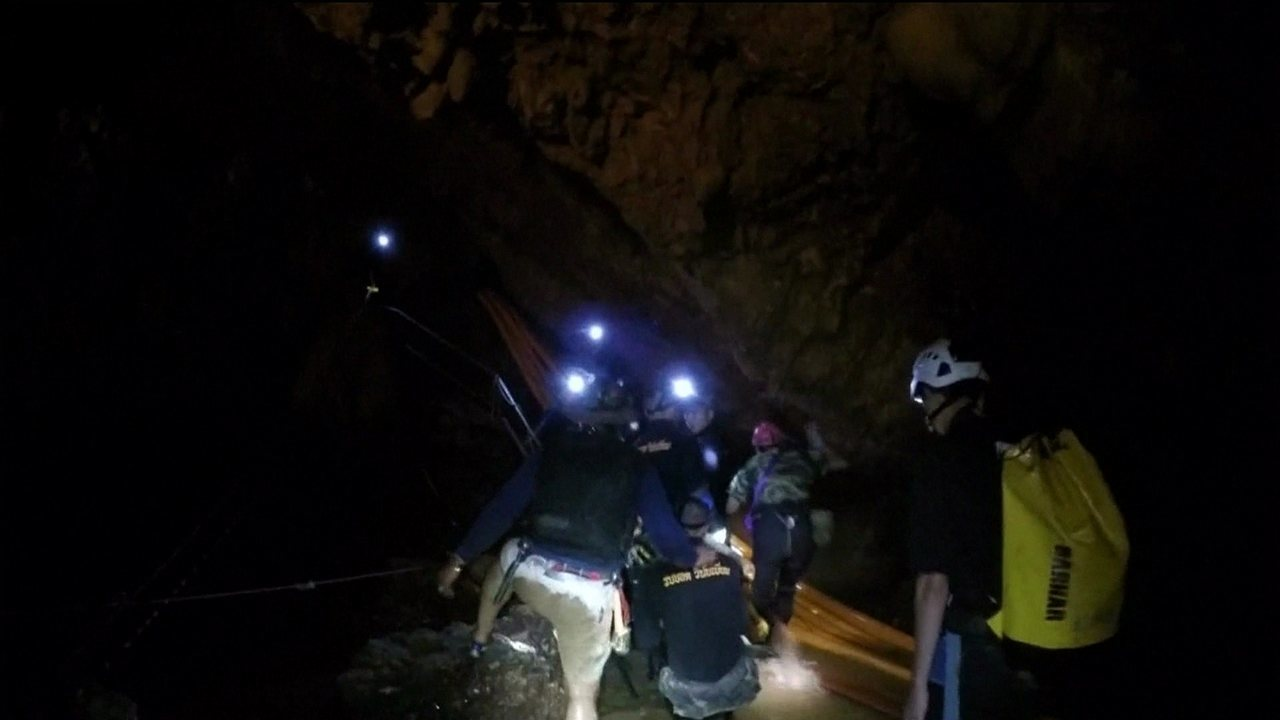 Begins rescue of boys trapped in cave in Thailand

See how the operation will be:

The governor of Chiang Rai Province, Narongsak Osatanakorn, reported that 18 divers, being 13 international specialists and five experienced Thais, entered the cave Tham Luang and began the journey of about 6 hours to the group, which is Isolated about four kilometers from the mountain entrance.

The entire operation, considered complex and dangerous, can last up to four days.

The return trip should start with four boys, reported the "Bangkok Post" '. Then, according to the publication, two groups with three boys will leave the underground gallery. Lastly, two more boys and the coach will be taken out. The first group must leave the cave until evening, in Thai time.

The Thai government has published a chart detailing how each child will be rescued. Two divers will accompany each boy, who will wear facial mask as they are guided by rope passages. In the narrow stretches, the divers will release the tank from their back as they guide the boy.

Panel with pictures of children trapped in cave in Thailand (Photo: Soe Zeya/Reuters)

As there are 18 divers inside the mountain, it is assumed that some of these specialists will make more than one trip. The government did not explain this action.

The operation is not only submerged in the waters that flooded the gallery. With the constant pumping of water out of the mountain, points before fully flooded can be made walking, said Governor Narongsak Osatanakorn.

Thirty medical teams are standing by, each with a helicopter and an ambulance, to receive the group.

Ambulances are standing by in the cave area (Photo: Tyrone Siu/Reuters)

As the water level has dropped a lot in the last few hours, the governor of Chiang Rai Province, Narongsak Osatanakorn, is optimistic that the rescue operation of all the boys and the coach can take two days and not the estimated 4 days previously.

One of the biggest concerns is the climatic condition in the region: It rains weak this Sunday, but dark clouds, typical of the monsoon season, remain on the mountainous north of the country. There is a forecast of a storm approaching and should reach the cave region in up to 5 days. 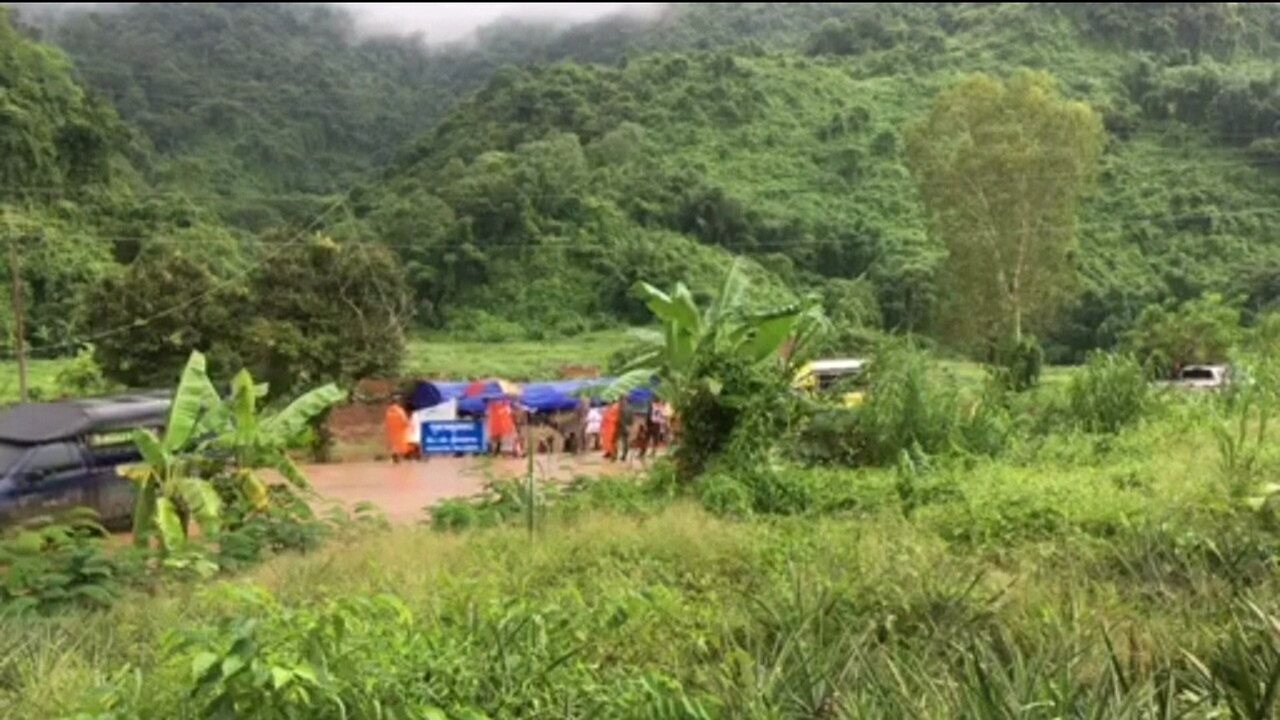 With 18 divers, rescue boys in Thailand should last 3 to 4 days

The teams began to empty the area for the rescue operation at the end of the evening this Saturday (7), morning in Thailand. The area surrounding the cave entrance and also the access roads to the region were clear. The more than 1000 journalists accompanying the rescue had to move away from the cave.

Although rescue teams have managed to remove a large amount of water from the cave system, it is only possible to travel without great dangers 1.5 miles inside the mountain. But most of the journey is still very treacherous. An experienced diver takes up to 11 hours for a return trip.

Boys from 11 to 16 years are trapped in the Tham Luang Cave in Thailand since the 23rd of June (Photo: Royal Thai Navy Facebook Page via AP, File)

After nine days of intense searches, the group of the boys and the coach was found on Monday (2) by two British divers. They were missing since June 23rd, after a football practice. Because of the bad weather, they entered the cave to shelter, but were surprised by a flood that blocked the subterranean galleries.

Bicycles, footwear and other pertecendes were located at the entrance of a grotto by a team of officers from the Natural Park Tham Luang-Khun Nam Nang in the province of Chiang Rai.

The rescue teams were looking for the group backed by military, police, divers and international analysts. The searches were hampered by heavy rainfall, which caused the water level in the underground gallery to rise.