Today: Asteroid ' lost ' passes near the earth */
Skip to content
loading...
Como foi o crime e por que babá mentiu: o que a polícia apura no caso Henry
Uma condição cerebral misteriosa esta tornando os ursos amigáveis ​​e logo depois os matando
Cientistas afirmam ter identificado local exato de onde todos os humanos vieram
Bebê nasce com 3 pênis pela primeira vez na história registrada
Onça branca extremamente rara é flagrada pela primeira vez no Brasil
Pesquisadores encontraram uma maneira de regenerar dentes
Vídeo incrivelmente raro mostra o último sobrevivente de uma tribo amazônica nunca antes contatada
Lua cheia ajudou a ‘desentalar’ navio Ever Given no Canal de Suez
Churrasqueira solar atinge 230º e tem autonomia de 25 horas
[Vídeo assustador] Refinaria de petróleo explode em uma coluna gigantesca de fogo após ser atingida por raio
An asteroid that was lost by tracking satellites eight years ago was seen again, while preparing to make a passage near Earth on May 15th. While the giant space rock is expected to lose the planet, the asteroid will give Sky observers a chance to see the action take place live online. On November 30, 2010, astronomers discovered an asteroid that could be as large as one of the great pyramids of ancient Egypt. It passed 9 million miles from Earth and scientists lost track of how it returned to the outer solar system. The asteroid 2010 WC9, which is about 426 feet in diameter, was observed for a very short time so that astronomers could predict when their orbit could bring it back to our vicinity. Now, that same asteroid is back and about to be heard 70 times closer (126,000 miles away) than eight years ago. This puts him about half the distance between the Earth and the moon, making it one of the closest approaches ever seen by such a large asteroid. 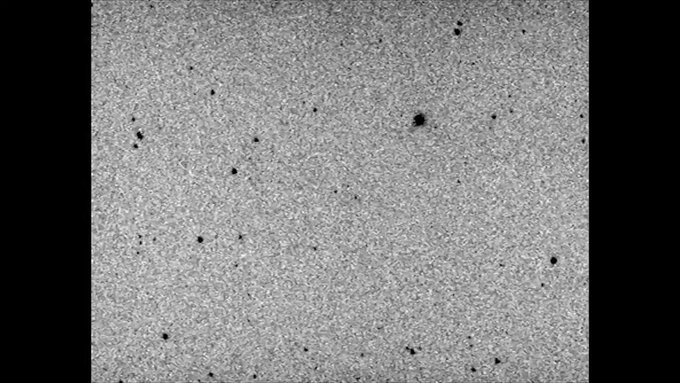 The observatories of the Northolt Branch of London, which helped to rediscover the asteroid, will be broadcasting the live fly on Facebook. Don't worry, the transmission won't be like a countdown to the apocalypse. 2010 The WC9 will sail the planet safely around the 6:05, Eastern Standard Time on May 15th. Although this asteroid is not a threat (this time), it emphasizes the need to keep a watchful eye in the sky to catalogue and track as many space rocks as possible. [Embed] https://twitter.com/NBObservatories/status/996470982234853376 [/embed] "There are many asteroids and comets in our solar system and it is impossible to predict the trajectories of all these objects, but we need to try," said the astronomy professor of University of Saskatchewan, Daryl Janzen, in a press release on May 10th. Last month, astronomers discovered an asteroid a little less hours before it passed the Earth and came even closer to reaching the moon. On the cosmic scale, these asteroids are large enough to cause some damage if they impact the Earth, especially near a populated area. However, they are not considered large enough to cause the kind of catastrophic damage caused by the spatial rock that would have destroyed the dinosaurs. "There is an extremely low probability of the planet coming into contact with one of these large near-Earth objects in our lifetime, but There is really good evidence that it happened in the past and led to mass extinction on the planet," Janzen added. "So, although the probability is low, it's important to discover as many NEOs as we can, So that if one does enter into a collision course with Earth, we can try to do something about it." [H/T CNET]