After making numerous discoveries beyond Neptune's orbit, astronomer Scott Sheppard of the Carnegie Institute for Science, returned to the news with the announcement of the existence of 12 new moons around Jupiter. The communiqué was made today (July 17) by the International Astronomical Union. To make the discovery, Sheppard and his team used the telescope of the Dark Energy Camera (DECam), an extremely sensitive instrument built at the observatory of Cerro Tololo, Chile. 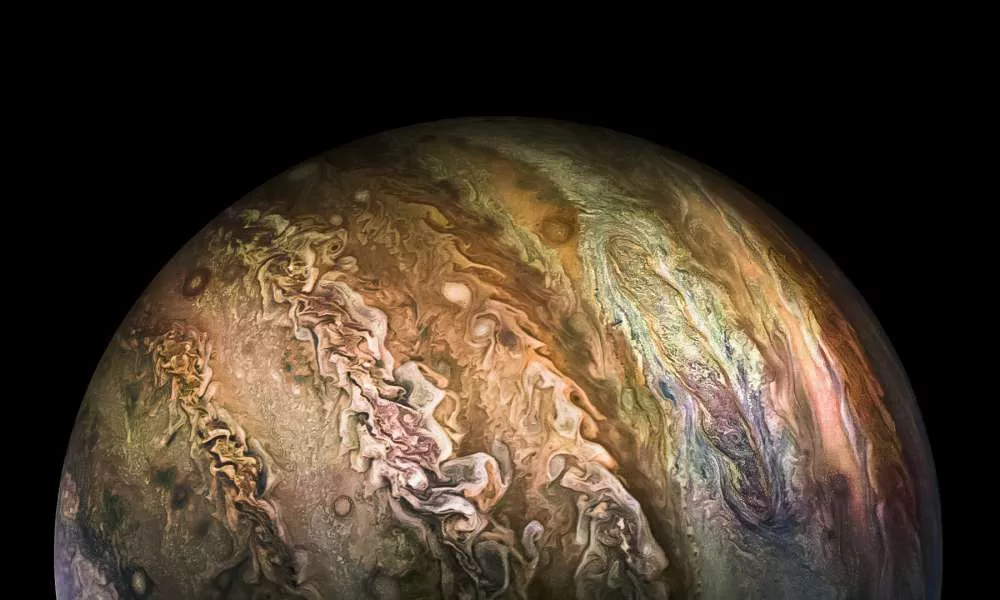 e) accustomed to the equipment since 2012, when they began to search cosmic objects beyond Neptune, the researchers decided to innovate and not focus only on the distant stars, but take advantage to also detect events Closer, like Jupiter's, for example. "We just wanted to be the most efficient possible," explains Sheppard in an interview with Wired magazine. With years of experience, Sheppard knew that the DECAM telescope was able to find smaller and darker objects, unlike other instruments that had already scoured that part of space. Since the beginning of last year, astronomers have found about two dozen stars that would appear to behave like satellites. That is, they had a predictable orbit around Jupiter. But only in May this year that came confirmation: 12 of them actually have a regular orbit and can now be called Jupiter's moons — which now oozes in the sky 79 known satellites. 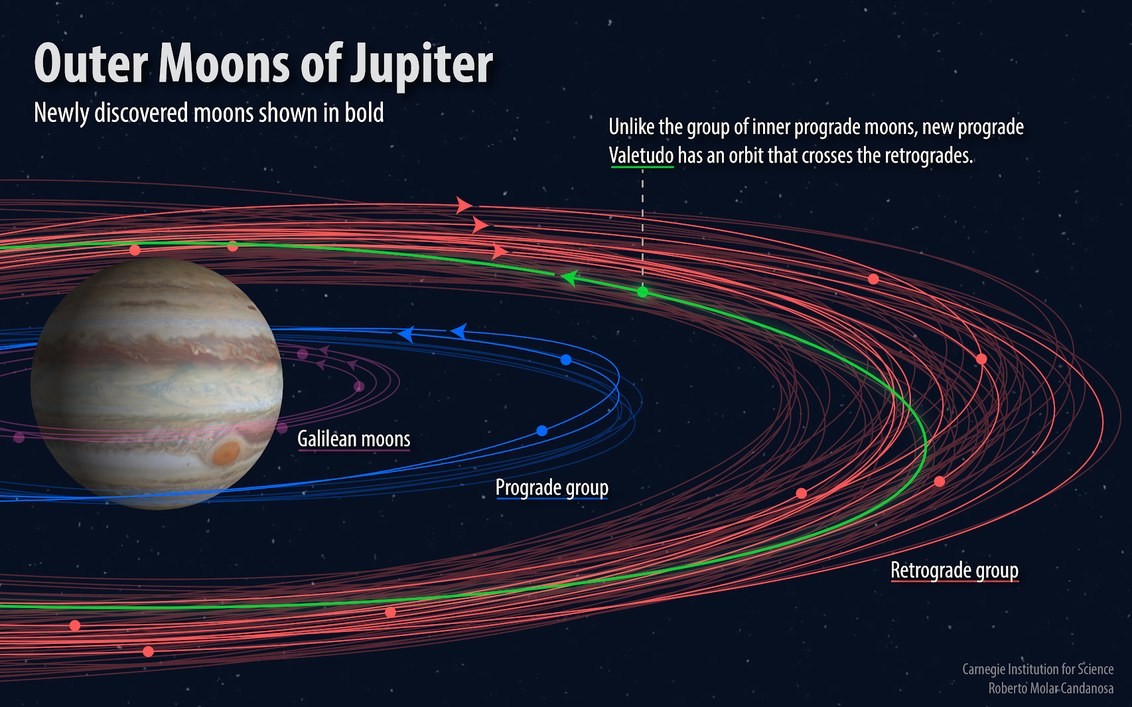 One of the ways to understand the origin and to classify Jupiter's moons is through its distance from the planet. The closest ones are also the largest and are called Galileo's moons. Far from them, about 10 million miles away, are the "Prógradas" moons, which move in the same direction as the planet rotates. At a distance twice as long as the prógradas, we can find the smaller, retrograde satellites that orbit in the opposite direction to Jupiter's rotation. Why the existence of these three distinct regions of satellites around Jupiter is still unknown, but astronomers have a chance. Most of them believe that they can indicate that millions of years ago, a trio of celestial bodies approached the planet and, for reasons also unknown, were disintegrated and formed the layers observed today. The most accepted assumption is that these objects collided with a fourth body of uncertain identity (could have been an asteroid or a comet, for example). Another theory is that the collision has occurred between satellites, but it is somewhat discredited, since the distance between Prógradas and retrograde moons is too great for there to be a collision. That's where the cat jump comes in: Astronomers have discovered two Prógradas moons, nine retrogrades and a Prógrada moon that crosses the path of the retrograde region. "She's basically driving down the road in the wrong direction," Sheppard says. "And that makes the situation very unstable." The moon "The Border" was baptized by the astronomers of Valetudo, name of the granddaughter of the Roman god Jupiter. It is the smallest and weakest satellite of Jupiter ever found, measuring less than a kilometer wide. For astronomers, it originally had a much larger size, but because it collided with other celestial bodies in the retrograde region, it was reduced to this size. With 12 more objects discovered in the curriculum, Sheppard states that the group's next step is to discover the composition of the new moons. They, however, are difficult to observe and a trip to Jupiter to analyze them is out of the question. "That's probably never going to happen," says the astronomer. It remains to be hoped that some of the next missions to the largest planet in the Solar system crosses the unexpected path of Valetudo. with information from Wired.

This asteroid should not be where astronomers found it.
Trump wants NASA to search for aliens – funding needs to be approved in Congress
NASA finds system of "neighboring stars" faster in the universe
Hawaii volcano may be ready to explode, scientists say
Whistleblower scientist says UFOs and ETs are even being held in secret installations
Strange lights in the sky cause panic in Russia
Reptilians are being blamed for trying to start the Third World War
Volcano eruption in Hawaii can cause mega-tsunami on the west coast of USA
Black holes can be in fact just the collision of two wormholes
Largest wave in the southern hemisphere is registered in New Zealand
The real reason why North Korea has ceased its nuclear tests
Scientists have discovered how and when the sun will die, and it will be something epic!