In 2008, a group of researchers travelled to Egypt to conduct an investigation into a lost labyrinth that had been described by several classical authors. According to tales, the Underground temple contained 3000 rooms and was full of ancient art. The labyrinth had been missing for two millennia under the vast Egyptian sand. The researchers examined the territory using technologies that had never been used on an expedition. The expedition began on February 18th and lasted until 12 March. At the end of his investigation, the researchers concluded that there was, in fact, an underground temple found within the area. 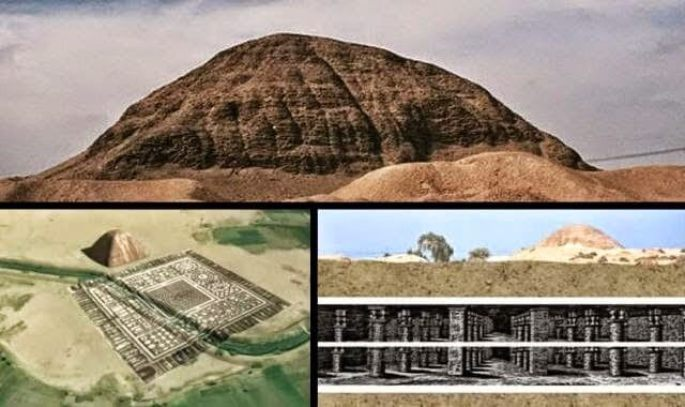 The researchers then presented their knowledge and held a lecture to explain to the public what they had found. Unfortunately, since this happened, silence has involved the matter. While their lectures are available all over the Internet, and some scarce reports have been made, finding information about the expedition is not a simple task. The expedition (Taha = Labyrinth in Arabic) confirmed the presence of the underground temple to the south of the pyramid of Amenemés III.

Herodotus explained the maze in detail in his writing,

The maze has 12 blocks covered – six rows facing north and six south. Inside, the building is two floors and contains 3,000 rooms, of which half are underground, and the other half directly above them. I was taken by the rooms of the upstairs, so what I will say of them is my own observation, but the underground can only speak according to the report, because the Egyptians in charge refused to let me see them, for it contains the tombs of the kings who They built the labyrinth and also the tombs of the sacred crocodiles. The upper rooms, on the contrary, I actually saw, and it is hard to believe that they are the work of men; The perplexing and intricate passages from room to room and court in court were an endless marvel to me, as we passed from a courtyard to rooms, from galleries to halls, from galleries to more rooms and from there to more patios. The roof of each chamber, patio and gallery is, like the walls, of stone. The walls are covered with sculpted figures, and each cut is exquisitely constructed of white marble and surrounded by a colonnade. It's beyond my power to describe. It must have cost more in work and money than all the public works of the Greeks together – though no one can deny that the temples of Ephesus and Samos are notable buildings. The pyramids are amazing structures, each one equal to many of Greece's most ambitious works; But the maze surpasses them.

And Herodotus is not the first or only historian who talked about the maze. A variety of classical authors including Manetho Aegyptiaca, Diodorus Siculus, Strabo, Pliny and Pomponius Mela also claimed to have seen the labyrinth firsthand. In addition, the different descriptions given by the writers seem to combine and remain consistent with each other. Unfortunately, for now, the Internet is very limited about the current state of the maze. However, you can attend the following lecture given by the researchers who saw it firsthand. Spread this article and press the world in search of answers. Why would such an incredible maze not be more publicized?